What is Doctors' Day?

National Doctors’ Day was first observed in 1933 in Winder, Georgia to celebrate the contributions of physicians as healers, teachers and scholars. In honor of Doctors’ Day, we asked UNR Med and University Health physician leaders to share some of their own inspirations and experiences. 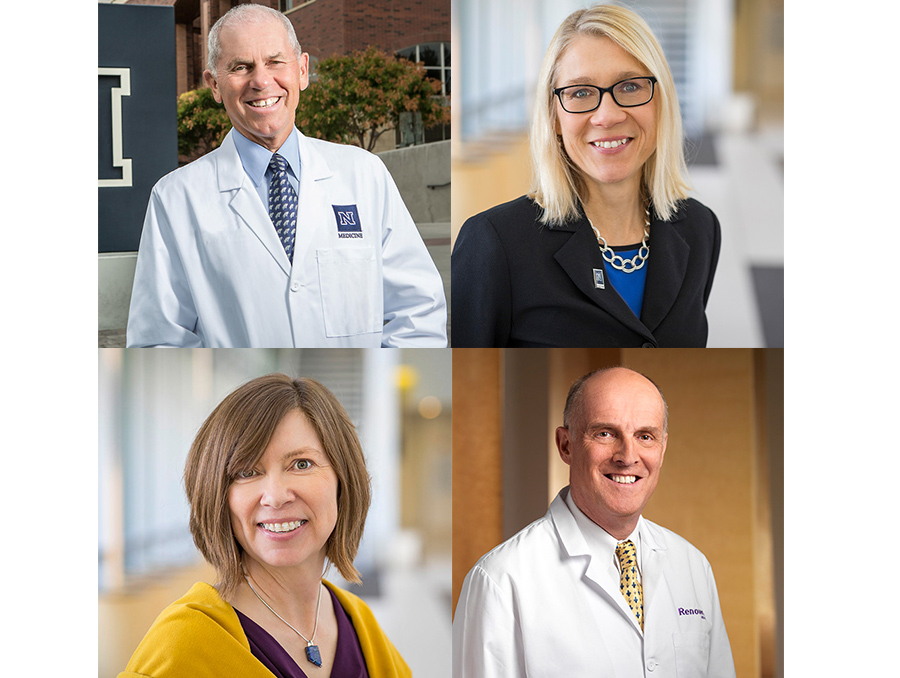 What is Doctors' Day?

National Doctors’ Day was first observed in 1933 in Winder, Georgia to celebrate the contributions of physicians as healers, teachers and scholars. In honor of Doctors’ Day, we asked UNR Med and University Health physician leaders to share some of their own inspirations and experiences.

National Doctors’ Day was first observed in 1933 in Winder, Georgia to celebrate the contributions of physicians as healers, teachers and scholars. It was established as a national day by the United States Senate and House of Representatives in 1990, and is held every year on March 30.

Now more than ever, doctors around the world are making a difference in the fight against COVID-19. In honor of Doctors’ Day, we asked UNR Med and University Health physician leaders to share some of their own inspirations and experiences.

1. Tell us about a physician who inspired the course of your medical education.

When I was a senior medical student, I worked with a small town family doctor—Dr. Robert Hartmann. He was so committed to his community, and so caring with his patients, that I was inspired to become a family physician. He served as a role model for what family doctors are, how hard they work on behalf of their patients, what the emotional rewards are for family doctors who work on behalf of their patients like this and what it means to be a physician. – Thomas L. Schwenk, M.D., vice president of health sciences, School of Medicine dean and professor of family medicine

As a resident in internal medicine, I was inspired by my attending, Dr. Carmen Meerschaert. She was a compassionate realist whose passion was working with underserved patients. She was always excited to share anything new she learned with the residents and her wit sustained us through many long days.– Jennifer Hagen, M.D., senior associate dean for faculty and professor of internal medicine.

The late Dr. Tom Voute, head of Pediatric Oncology in Amsterdam, who initially discouraged me to go into pediatric oncology because “there won’t be jobs available—we already have too many pediatric oncologists.” When I persevered for over one hour (!) asking about adequate training programs, he eventually looked at me and said “you are really stubborn, aren’t you?” followed by dead silence and then “ok, I guess I better help you.” And he did. He opened doors, introduced me internationally to key players and was my Ph.D. supervisor. – Max J. Coppes, M.D., Ph.D., MBA, professor, Nell J. Redfield Chair of Pediatrics and physician-in-chief of Renown Children’s Hospital

Dr. Eugene Rubin—kindness personified. Once a patient admired his tie so he took it off and gave it to him. – Melissa Piasecki, M.D., executive associate dean and professor of psychiatry and behavioral sciences

2. What is the most impactful way you’ve been thanked by a patient?

I have had the privilege of being thanked in so many thoughtful ways, it is hard to choose. Probably one of the most powerful was a card received by a young couple, several years after I had delivered their two children. This was a few years after the mother had been pregnant with twins, and suffered the terrible tragedy of losing both babies who died before birth. In the card, she talked about how fortunate they were to have me as their physician through so many highs and lows, and that they thanked God every day that I was their doctor. It doesn’t get better than that. – Dr. Schwenk

A patient once handcrafted and personalized a leather journal for me. – Dr. Piasecki

Receiving invitations to weddings of patients who I treated for tumors as kids. The face-to-face grins when they say “yes, I do” says it all. I distinctly recall being called to the outpatient clinic because there was “an emergent issue” I needed to attend to. When I got to the clinic and saw this young woman—a former patient—yelling “Dr. Max! Dr. Max! Meet my fiancée! I am getting married!” my heart melted, and I was unable to hold back tears of joy. – Dr. Coppes

For several years, a patient with addiction sent me a card on the anniversary of his quit date to thank me for taking him seriously when I counseled him to quit. It was not until the first card arrived that I understood the influence my words carried. Those cards reinforced that sometimes an important message will stick, so I will persevere every time. – Dr. Hagen

3. How have you thanked a doctor whose care went above and beyond?

In the Netherlands, we have the custom to thank a colleague who has cared for us with a bottle of wine or another personal present. Sure, they get paid, but we value expressing personal appreciation for the service provided by a colleague. – Dr. Coppes