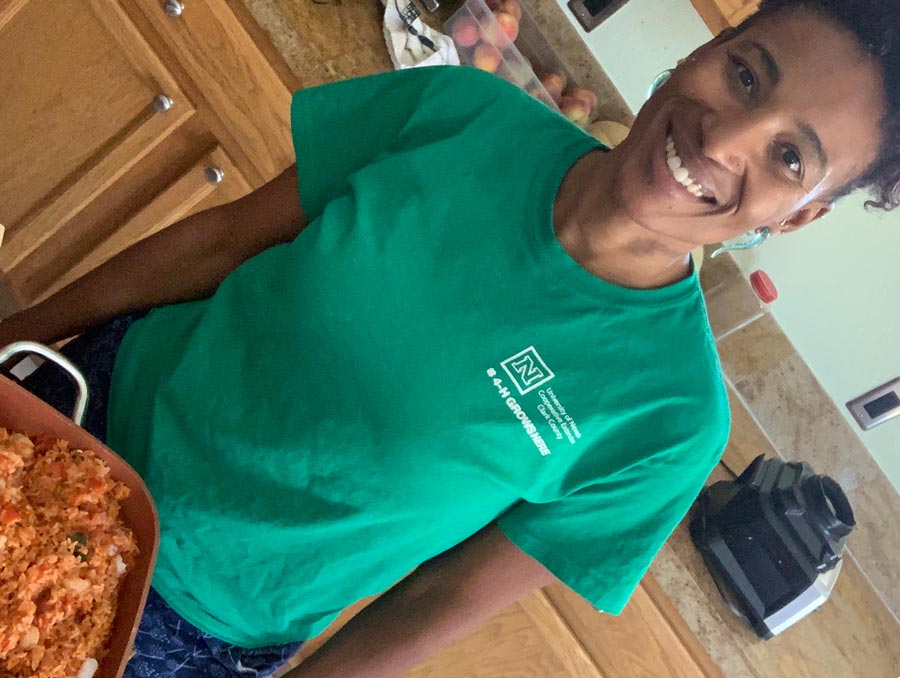 “So much can be learned about a culture through the food choices that people make,” Somma said. “The rich cultural history and creativity involved in culinary arts spans the globe and can serve to unite people everywhere. When people are able to find common threads and interests instead of differences among us, we can create harmony.”

Somma originally planned to deliver the course in person in Las Vegas, at some middle schools and at Extension’s A.D. Guy Knowledge Center. But, COVID-19 hit, so she adapted her plans to offer the program to youth ages 11 to 15, live online, via seven Zoom sessions in July. She set up two to three different cameras in her kitchen at home, so that she could effectively communicate with the participants during the sessions. She would begin talking about food and how it can bring people together, and then introduce the recipe and its ingredients. A former teacher, Somma’s enthusiasm for teaching and interacting with youth is abundantly apparent.

“We actually had some really good, lively discussions and interactions while I cooked,” she said. “I dove into things like the country’s languages, ethnicities, geography, biodiversity and economies, and then would pose some questions to spark discussion.”

After informing the participants that the Philippines had been a Spanish colony, for example, Somma asked them how they thought that may have influenced the Philippines’ culture. She talked about the indigenous people of Puerto Rico, and asked how their cultural activities might help them celebrate and preserve their culture and traditions.

“I really had a great time, and the kids were really fun,” Somma said. “In this climate of pointing out differences, food is one thing that can always bring people from different cultures together. We need to do more things like this with our youth in order to provide hope for a more united future.”