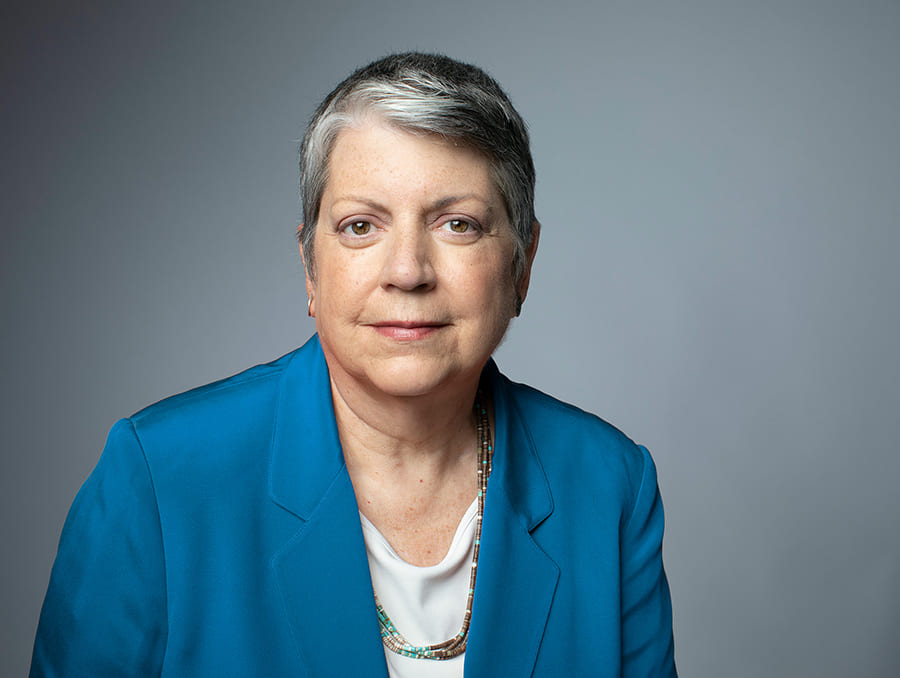 Janet Napolitano, former secretary of the Department of Homeland Security (DHS), spoke at the College of Engineering’s annual Distinguished Lecture Series for the year 2020. Her lecture was titled “Homeland Security Challenges in the Age of Covid.” The virtual event took place on Wednesday, Nov. 4.

“[The Distinguished Lecture Series’] purpose is to bring distinguished speakers and talk about very important, timely topics, with our community,” Dean Maragakis said. “As we are going through these very trying times, I remain very optimistic about the future. I really do believe that the future for the college and the University is great.”

Dean Maragakis invited President Brian Sandoval to speak on the importance of the Distinguished Lecture Series.

“Today's Distinguished Lecture Series exemplifies what our College of Engineering consistently does so well, leveraging our knowledge and discovery for the benefit of the future,” President Sandoval said.

Sandoval talked about the College’s initiative to collaborate with educators across the country. He recognized what the College of Engineering provides with these lectures to the public.

“This is an inclusive and increasingly diverse college, understanding that true success will be measured not only by the work, but by the personal paths followed and the successes attained by the people who are doing that work,” President Sandoval said. “The Distinguished Lecture Series brings us all together to hear from the most respected voices of technology, innovation and engineering.”

Her lecture was held online and focused on the biggest issues the Department of Homeland Security faces during the height of the COVID-19 pandemic. A few key issues include cybersecurity, personal privacy and responsibility in leadership in government.

After detailing the establishment and scope of the Department of Homeland Security after 9/11, Napolitano discussed the challenges she faced during her tenure as Secretary.

A few of the challenges Napolitano mentioned were the H1N1 flu virus, the Deepwater Horizon oil spill in 2010 and the Boston Marathon bombing in 2013. When H1N1 first appeared in the United States in 2009, health officials worried that we were facing a public health threat on the scale of the 1918 flu, a pandemic that killed an estimated 20-50 million people.

“The role of DHS, when there is a pandemic,” Napolitano said, “is to be the lead federal coordinating agency… To bring together all of the agencies in the federal government that have a role to play when there's a pandemic. Health and Human Services, the FDA and CDC.”

Napolitano also said the DHS plays a role in medical equipment and food supply chains. She tied this in with relevance to COVID-19 and the issues medical supply stockpiles have had during the pandemic and how the department has a role in the distribution of the stockpile.

“Really, in an ideal world, states have enough equipment in their own stockpiles to deal with the immediate outbreak of something like COVID,” she said. “Then, as those stockpiles get depleted, they have access to the national stockpile. National procurement strategy is quickly put into place to make sure that enough [personal protective equipment], ventilators—whatever it is you need enough of is available in the United States.”

Napolitano said that one of the biggest issues the DHS faces is that of domestic terrorism. She said it has grown as a threat over the years and may continue to heighten.

“Currently, the chief concern is the rise in domestic terrorism,” Napolitano said. “We had noted this in a report that we issued from the department when I was secretary but that problem has only increased and I think it will increase in the near future until law enforcement gets a better handle on it…”

Another large issue, Napolitano stated, is problems surrounding cybersecurity. The DHS’s role is to protect against cyber attacks, protect the people of the U.S. and overall maintain cyber networks.

“How do we prevent our cyber networks from being weaponized against our people? There are issues about things like your personal privacy, who owns your data, that have yet to be worked out, but they must be in this post-COVID era. I know that there is a DHS Center of Excellence for Cyber at UNR, and I'm really pleased about that.”

“How do we prevent our cyber networks from being weaponized against our people?” Napolitano asked. “There are issues about things like your personal privacy, who owns your data, that have yet to be worked out, but they must be in this post-COVID era. I know that there is a DHS Center of Excellence for Cyber at UNR, and I'm really pleased about that.”

Napolitano made a closing statement on her discussion before answering audience questions.

“There are lots of issues, lots of problems. I don't want you to leave this talk feeling like there are no answers,” she said. “There are sound policies. There are good people working in this area. We all have a role to play.”