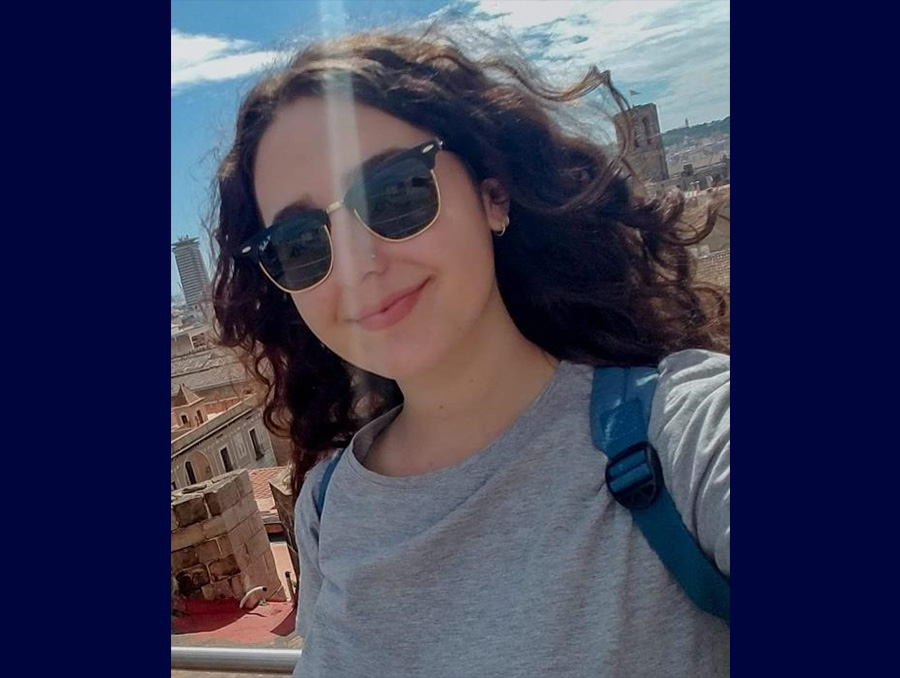 The College of Liberal Arts at the University of Nevada Reno has named Kayla Samuels as recipient of the 2020 Dean's Award for Excellence in Interdisciplinary Studies. Samuels was a dual political science and sociology major. The honor is bestowed on a graduating senior whose studies combine two or more majors and who attains a very high GPA.

Samuels said of her chosen majors and the interdisciplinary nature of her studies, "What I had learned from one major coincided nicely with ideas from the other and I believe sociology and political science are very complementary fields." While the fields spoke to each other, particularly in Samuels' area of interest in "technology and its effects on social behavior and institutions," she said, "What ultimately inspired me to become part of these [scholarly] communities were the professors. Both the political science and sociology departments have some of my favorite staff members that I've encountered during my time at UNR. That and the events put on by both departments encouraged me to participate in any way I could."

Sociology instructor Cheryl Maes said of Samuels, "She's a great student and delightful to have in class. As a student, she was always prepared — beforehand — and provided thoughtful comments and feedback during class discussions, which we had often. Kayla always just made everyone comfortable with a ready smile and a great laugh. Secondly, Kayla was able to study abroad and complete a double major with a very respectable GPA, while holding down a job to help her pay for expenses.” Political Science Assistant Professor Nicholas Seltzer noted that Samuels was an "excellent student." He continued, "I believe her academic success is a result of her passionate pursuit of questions and puzzles that fascinate her. She just jumps in, whether it’s assigned readings, classroom discussion, or an open-ended exam question. She listens and considers carefully, and speaks her mind when she’s ready."

Not originally intending to major in sociology or political science, Samuels notes the unexpected nature of life's pathways. "I was trying to get into psychology 101 to fulfill a core requirement, but those classes were full, so I ended up in sociology." She fell in love with the subject, "I guess things happen for a reason" and got a lot out of her political science courses. Political Science Assistant Professor Jeremy Gelman commented, "Kayla has great intellectual curiosity. She doesn’t just want to know how or why politics works as it does, by how it should work. Her willingness to think deeply about challenging ideas made her work some of the best I have seen while at UNR."

Growing up mostly in Las Vegas, Samuels is a first-generation college student. She notes that, of her very supportive family, her mom "inspires me the most." Samuels plans to get an M.A. and then a Ph.D. in sociology.