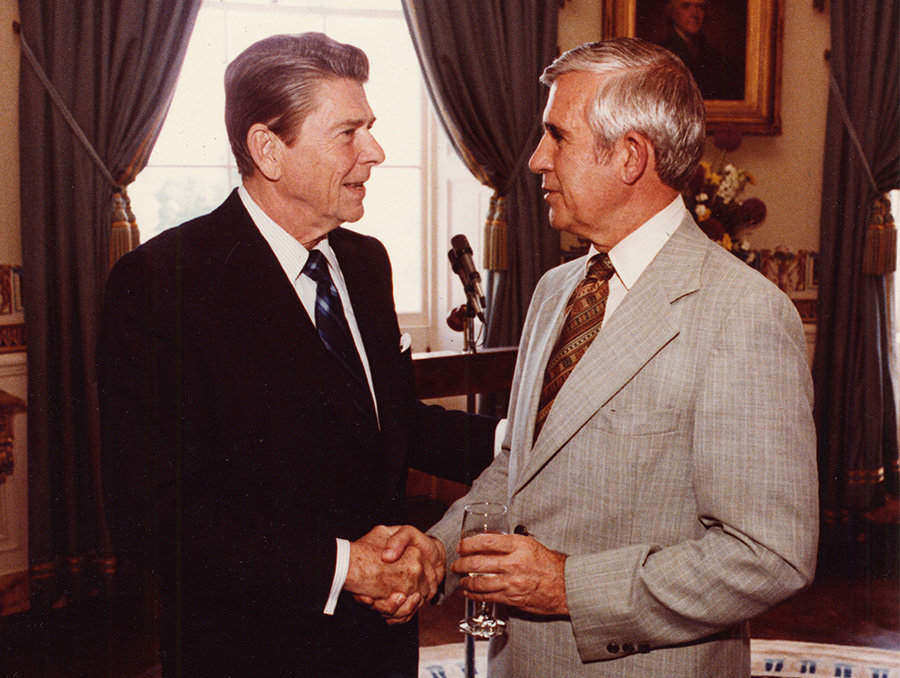 How was one conservative Republican U. S. Senator from Nevada, which is comprised mostly of public lands, able to work with a majority Democratic Congress to get things done?  U. S. Senator Paul Laxalt served two terms in the Senate (1974-1986), the only Basque-American to do so, and chose the University Libraries Special Collections and University Archives Department at the University of Nevada, in which to deposit his personal congressional papers of approximately 850 linear feet.  Thanks to funding provided by the Institute of Museum and Library Services through the Library Services and Technology Act, administered by the Nevada State Library, Archives and Public Records, the Paul Laxalt U. S. Senatorial Papers are now organized and open for research.  The papers provide numerous research opportunities for users wanting to understand Laxalt’s former legislative role not only in its original context, but also in the context of how it shaped events and issues that this country is still experiencing today. 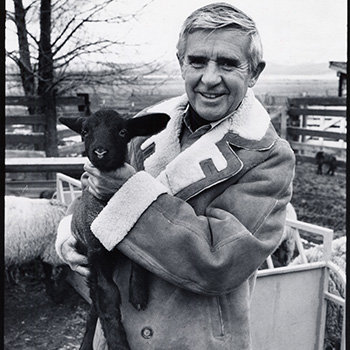 The Laxalt Papers contains important decisions on issues of public lands in the American West during the 1980s—including the Sagebrush Rebellion and the proposed MX Missile system.  Laxalt, a close confidant and informal advisor to President Reagan, was a proponent of the Sagebrush Rebellion, which favored transfer of public lands to state and local control.  At the same time, Laxalt opposed an increase of MX Missiles to Western state.  Despite his dedication to the president, Laxalt became the leading opposition to the MX project, swayed by the popular opinions of his state’s constituents.

The collection also sheds light on the federal legislative processes and decision making including uses of public lands for such things as: cattle ranching, wild horses and burros; the care and preservation of native and endangered species; land swaps; land claims and uses by Native Americans; mining and power companies; and the use and allocation of water in arid areas. Historically, public land management has been an issue in the West and will continue to be into the foreseeable future.  Recently, the incidents with the Bundy family have reignited debates about who should administer public lands in the West—individual states or the federal government.

Processing of a previous portion of Senator Laxalt’s papers, which dealt with his professional relationship with Ronald Reagan, was completed by Special Collections and University Libraries in 2016.  Funding for this project also came to the University Libraries through the same funder mentioned above.

Laxalt, often referred to as the “First Friend” of President Reagan, assisted Reagan with his campaign and later re-election for President of the United States.  With both groups of files now completed, researchers can see the totality of Laxalt’s influence in Washington as well as Republican Party politics within this manuscript collection. 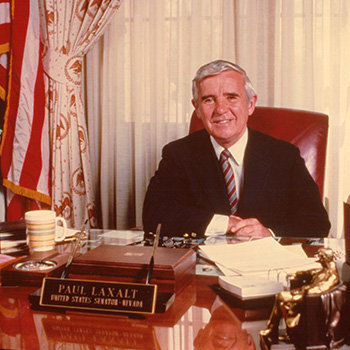 The Special Collections Reading Room is open to the campus and northern Nevada community from 9:30 a.m. - 4:30 p.m. Monday through Friday. It is located on the 3rd floor of the Mathewson-IGT Knowledge Center.

Funds for this project have been provided by the Institute of Museum and Library Services through the Library Services and Technology Act, administered by the Nevada State Library, Archives and Public Records.

Special thanks to Jacquelyn Sundstrand for her work on this story.