Jane Kirtley visited the university to discuss the history of libel and what criticism of NYT v. Sullivan means for the future of journalism.

Jane Kirtley visited the university to discuss the history of libel and what criticism of NYT v. Sullivan means for the future of journalism.

In February 2019, Supreme Court Justice Clarence Thomas called for reconsideration of the 1964 New York Times (NYT) v. Sullivan case decision. This case established actual malice — a publication reporting something they know to be false or with reckless disregard of whether it was false or not — as the standard for determining libel cases brought by public officials in the United States. According to Justice Thomas, the NYT v. Sullivan decision meddles too much with states' rights to determine their own libel standards. His opinion, if taken into consideration by the Supreme Court, will heavily impact journalists' ability to criticize public officials and figures without fear of facing legal action. 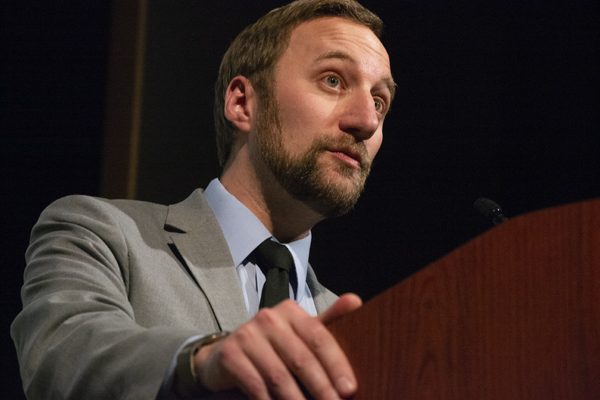 This issue was addressed during a First Amendment forum on Tuesday, April 23, 2019, in the theater of the Joe Crowley Student Union. Mediated by assistant professor Patrick File, the forum welcomed special keynote speaker Jane Kirtley, professor and director of the Silha Center for the Study of Media Ethics and Law at the University of Minnesota. Kirtley delivered her presentation, "Uncommon Law: The Past, Present and Future of Libel in America," to a crowd of university students and faculty, lawyers, reporters and others.

Kirtley's speech began with an introduction of President Trump's comments on U.S. libel law, which he has said does not represent American values, and the popularization of the phrase "fake news." According to Kirtley, this phrase can be traced back to the era of Nazi Germany, when Germans would often reference the "lying press."

"I think [fake news] should mean when a news organization or some other speaker or publisher deliberately chooses to publish information they know to be untrue with the goal of misleading the public," she said. "I don't think that's how President Trump defines fake news." 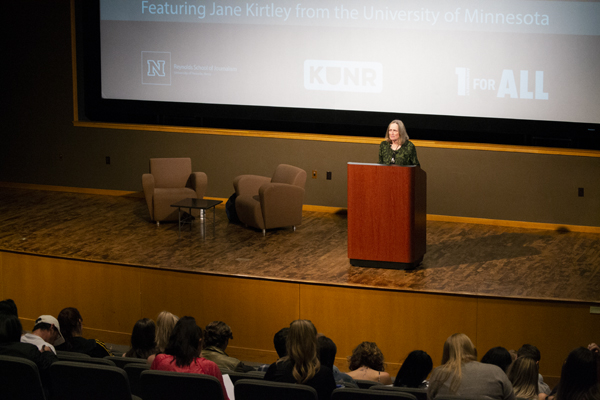 Jane Kirtley addressed a crowd of nearly 100 during the forum.

Kirtley also shared the history of libel law in the United States. Until the Near v. Minnesota case in 1931, libel law was entirely up to the states. Although this case focused more on prior restraint than on libel, it did establish that "defamatory" speech violated the First Amendment. This decision was upheld for 33 years until the NYT v. Sullivan case came to the opposite conclusion in 1964.

According to the case, public safety commissioner L.B. Sullivan in Montgomery, Alabama, sued the New York Times for libelous speech in an advertisement they ran about police treatment toward civil rights activists and won. The Times appealed to the Supreme Court, arguing that it was allowable to criticize public officials. To the surprise of many, the Supreme Court ruled in favor of the Times and established actual malice as the standard for determining libel cases.

Kirtley discussed several ideas that have been proposed to help determine libel cases, such as the Annenberg Proposal. According to this proposal, libel cases should be split into two trials: a truth trial and a damages trial.

She then brought the concept of libel back to President Trump, maintaining that libel is about protecting the public from false statements, not preserving someone's image. She went on to explain that the public cannot trust the government to determine what truth is because courts are better equipped at handling justice than they are at finding the truth. Not only that, but NYT v. Sullivan also protects everyone despite their political viewpoint — even the politicians lashing out at their critics.

Kirtley closed her presentation with some insightful words.

"Any determination of truth or falsity that's left in the hands of the government," she said, "that fails to recognize the fundamental right of the citizen to criticize without fear, is fundamentally flawed. And so, respectfully, I disagree with President Trump when he says our libel laws are un-American. I think they are the essence of American values. They are values that we must preserve." 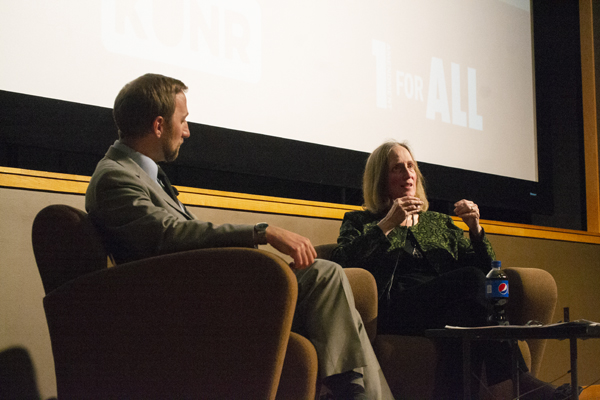 Kirtley and File have a discussion about libel in America.

After her talk, Kirtley sat down with File to answer his questions and questions from the audience. They discussed Anti-SLAPP laws, which are often triggered by claims of libel and defamation, and what Julian Assange's recent arrest and indictment means for the prosecution of people who publish classified information held by the government. Some audience members asked about the differentiation between journalists and news commentators, news circulating through social media and the implications of returning libel law to states.

"I think with all due respect that [Justice] Clarence Thomas is completely wrong about [the actual malice standard], and it needs to stay in place," Kirtley said in response to the last audience member's question.