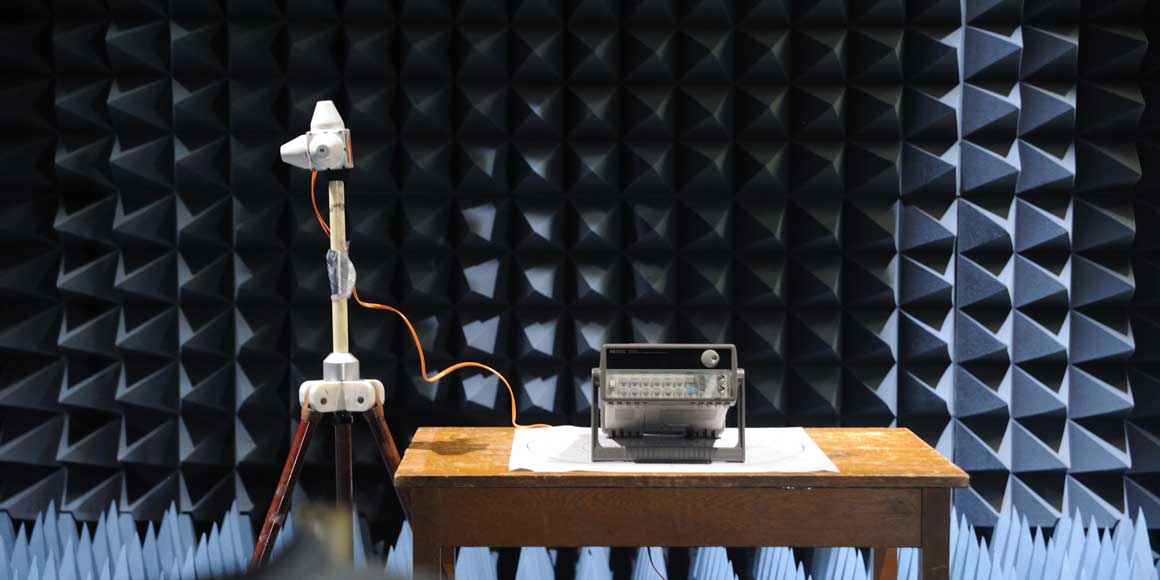 SSC Labs, a sister company to Midwest based LF Research, recently opened a West Coast research facility on the University of Nevada, Reno campus for the purpose of providing specialized design and testing services.

SSC Labs specializes in electromagnetic compatibility, or EMC, which is a branch of electrical engineering concerned with the unintentional generation of, undesired propagation of and protection against electromagnetic energy. Electromagnetic interference, or EMI, results in unwanted effects on technology containing electronics, such as unintended equipment behavior or even physical damage.

The lab is the first public lab of its kind to open in Nevada. EDAWN, or the Economic Development Authority of Western Nevada, contacted Walton, who then reached out to Indira Chatterjee, associate dean of the College of Engineering, after the two connected during an Electromagnetic Compatibility conference in Santa Clara, California. Walton recruited Allen Crumm, a highly experienced EMC engineer, to be the daily cornerstone of the lab.

"We hope the lab collaborates with lots of companies and brings in revenue that we can put back into the chamber and equipment," Chatterjee said. "Allan and Derek are also happy to educate students, and very interested in partnering with companies who want to use the space." SSCLabs hosts regular meetings on various aspects of EMC. Held in the evenings, these are open to anyone with an interest in the topics.

Walton explains the field of EMC is often called the "black magic area of electronics" because electronic products don't always do what they're supposed to. Computers crashing, medical equipment malfunctions, and even cameras can get affected from the EMI inside the anechoic chamber, for example.

"I've been working in this field since 1977," said Walton. "The same things that [affected electronics then] are still happening." Crumm has a similar level of experience.

EMC engineers make use of anechoic chambers, which blocks EMI from the environment and also results in zero radio wave reflections inside the chamber. Accurate antennas find the noise and a measuring system listens and records all the signals.

"There's two primary uses for the anechoic chamber: one is to listen to something, and the other is to make something malfunction," said Walton. "Automotive and medical products that have been affected by EMI have made national headlines, so we investigate why this happens and improve a products electronics' immunity."

EMC laboratories also require interlaboratory collaboration to find errors. Walton says that because of subtle differences in every anechoic chamber, engineers can get answers that vary greatly.

"Sometimes what we measure is like trying to measure Jell-O: it's not readily predictable, and often small changes get wildly different answers," said Walton.

He describes working at the University as a place where "brand new challenges happen every day as technology changes. Sometimes, when something new happens, we're not sure how to fix it. We have to find out what it's doing first then engineer a solution." The lab is supported by a number of vendors who have provided samples for clients of the laboratory to use.

Currently the lab is constructing an open area test site, or OATS for short, on the outskirts of Reno for tests that require a 10-meter distance. According to the website, the test site takes advantage of the low ambient electromagnetic environment in the area. The facility plans to be operational in late March with Federal Communications Commission, or FCC, listing attained shortly afterwards. Once the OATS is complete, the lab will be applying for ISO17025 Accreditation. This is important to some clients because it provides a level of international recognition in the competence of the facility and its staff.