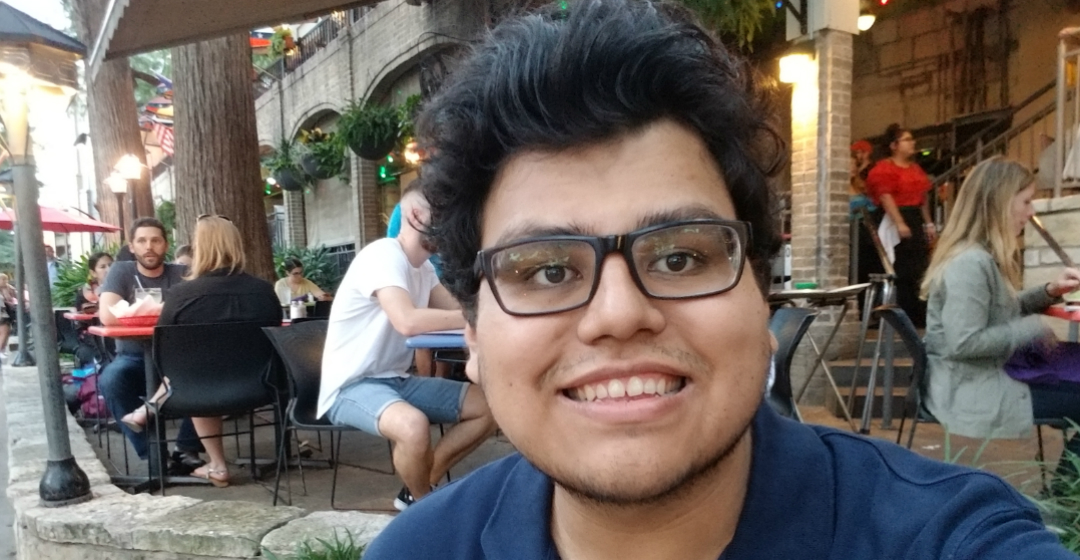 McNair Scholar Edward Cruz is an undergraduate majoring in biochemistry and molecular biology at the University of Nevada, Reno who has just won the prestigious Goldwater Scholarship for his research essay on plant reproduction.

"Plant biology has a special place in my heart, and reproduction in plants is one of the most fragile things in nature," Cruz said. "With a dynamically changing environment, varying stresses can inhibit successful reproduction, and from this, we can expect reduced crop yield which makes it a very timely issue. My research essay focused on understanding the role of a protein that we have shown is involved in the penetration process of sexual reproduction in plants."

Cruz researches plant biology under the mentorship of Assistant Professor Ian Wallace from the biochemistry and molecular biology department in the College of Agriculture, Biotechnology and Natural Resources. Cruz is a member of the Wallace Lab where he investigates protein targets and substrates of putative protein O-fucosyltransferases in Arabidopsis, a small flowering plant related to cabbage and mustard. He is also developing the FAT-PTM database for post-translational modification sites across multiple organisms and tools to rapidly analyze individual sites.

"Edward is a phenomenal young scientist," Wallace said. "In a short time, he has already produced a first-author manuscript and has won numerous awards, including being recently recognized as a Barry Goldwater scholar. He is also active outside the lab as a mentor for the UNR CBESS program. I am confident that Edward will make significant and long-standing impacts in science in addition to the large impact his resources have already had on the field of plant biology."

"I was looking for a mentor my first semester, and I attended the biochemistry seminar series where I came across Jose Villalobo's presentation," Cruz said. "I didn't think that I would be staying for the whole lecture, but I was intrigued and ultimately inspired. I was very fortunate to have gone because it helped reaffirm what has motivated me since childhood and led me to earning a position in Dr. Wallace's lab."

When Cruz was a child, he would visit his grandpa in José María Pino Suárez, Mexico, a small rural town that relies on producing agriculture. His grandpa would plant and sell seedlings.

"I was very curious about the seedlings my grandpa grew," Cruz said. "I was very curious about how plants grew, and I would admire the flowers as the seasons progressed. When I returned home to Las Vegas, I begged my parents to let me grow a garden in our yard. It isn't the best city to grow plants, but the challenge was very exciting to me. It was unknown to me at the time, but these experiences really determined what I wanted to do in my future. Which, now, is specifically to improve agriculture."Cruz went to Rancho High School in Las Vegas and then decided to further his studies at the University.

"I've been very fortunate to have just all of my friends, such as Sarah and Janith, continue to support me from high school to now," Cruz said. "Having them as my support system helped me through homesickness my first semester, and just recently the application for the Goldwater. On the other hand, I've met very influential mentors at the University, such as my mentor, Dr. Wallace, Assistant Director of the McNair Scholars Program Karla Hernández, and TRiO Writing Tutor Heather Williams, all who have given me tools to succeed in my applications and research."

Cruz has been published twice in research publications and once he was named the first-author of the publication. He has also won several awards including the National Science Foundation's EPSCoR, a summer undergraduate research fellowship from the American Society of Plant Biologists, the Nevada Undergraduate Research Award, and most recently the Goldwater Scholarship.

"I never thought that I was going to be able to win the Goldwater scholarship," Cruz said. "Every time I win an award, I just can't help but think about how awesome it is because I wasn't able to imagine this for myself. I want to continue to keep doing the self-perceived unimaginable. I want to be the best student, and eventually researcher, as I can possibly be."

This summer, Cruz plans to continue his research, hang out with his friends, and play jazz on his bass guitar. Cruz also helps mentor high school students by participating in the Community of Bilingual English-Spanish Speakers (CBESS) program. 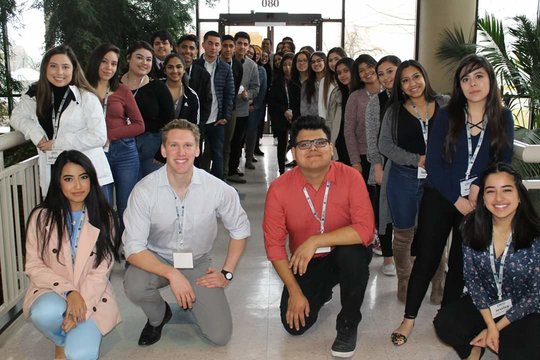 Cruz, third from front left, with members of the CBESS program.

"This summer, I will help mentor high school students who are specifically interested in pursuing STEM-healthcare degrees," Cruz said. "Over the summer, we will bring them onto campus for a summer residential research experience, and they will be provided with the tools they need to succeed in college. CBESS is funded by the NIH, and hopes to engender more bilingual healthcare officials to address the expanding Hispanic community in northern Nevada and lack of bilingual healthcare support. As a first-generation student, it was very difficult for me when I got to college to figure out what I needed - it was mentorship programs like this that helped me succeed."

Cruz wishes to continue his research on plant reproduction or metabolism and signaling in the future with hopes of becoming a full-time academic researcher at a university after he receives a doctorate in biochemistry. He graduates from the University of Nevada, Reno next spring.