A Path to Independence: University student thrives with family business

A Path to Independence: University student thrives with family business

Jack's Popcorn Company was not just designed as a business venture, however. According to Diana Rovetti, Jack's mother, the business was going to be used as an outlet to teach Jack basic job skills and to prepare him for the workforce. Jack, a University of Nevada, Reno Path to Independence student, has Down syndrome and his parents believed the popcorn business would help Jack gain independence.

The structure of the program focuses on three areas: academic and campus activities, independent living and employment. Path to Independence's goal is to provide educational opportunities for people with disabilities that will enhance work and education skills leading them to become more independent. 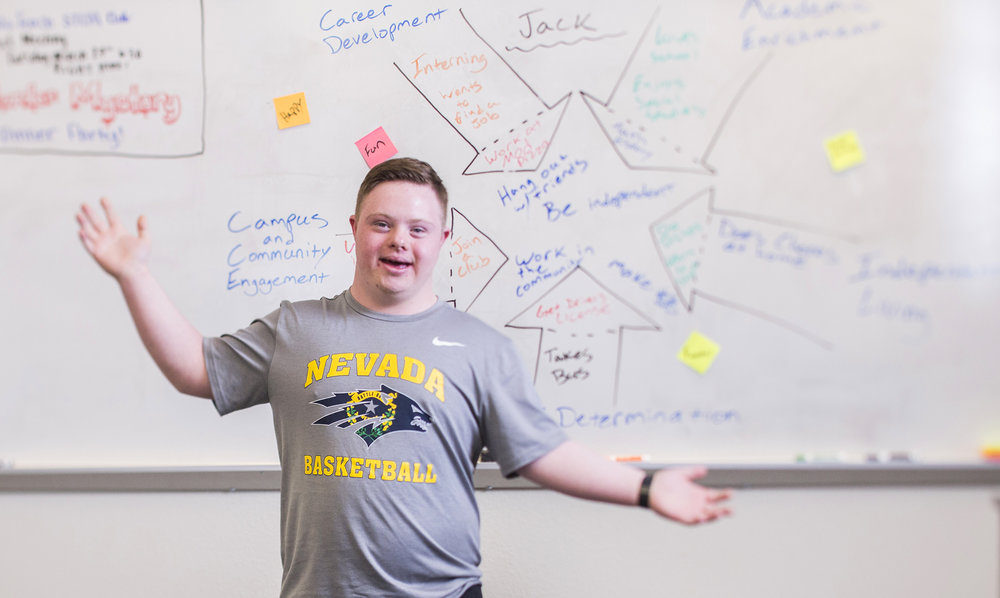 "When Jack was 14 years old, we were looking for a small business," Diana said, "We picked Doc Popcorn because they used all-natural ingredients, their popcorn is delicious, and they also had the same intentions that we had."

In order to start the business, Jack and his family took a week-long training course to become certified poppers, where they learned how to take orders, pop popcorn, serve drinks, keep track of inventory, and other useful business skills.

When the business kicked off Jack's role began as a popper, where he would pop the popcorn, and greet and serve popcorn to customers, but later his role changed to cashier. At first, Jack faced many obstacles, but he was able to overcome those challenges and succeed in his work. And the Popcorn business was successful. Not only as a business, but it helped Jack land a job as a greeter and dishwasher at Mod Pizza.

"The business was totally worth it, since it increased Jack's self-esteem, and helped him learn important work skills, "said Diana.

While the business was flourishing, the next step for Jack was his education. Attending college was always going to be a natural transition from high school for him and Path to Independence was the best program for Jack, since it provided the support he needed that other schools may not have available.

"Without the program, he wouldn't be able to go to the university, "said Diana, "The transition from childhood to adulthood is hard on anyone, especially for a person with a disability."

The P2I program develops a Person-Centered Plan or PCP, which plans what type of course each student will take in a semester. The program also provides a social mentor and peer educational coach, who are there to assist each student during class time or campus social activity. 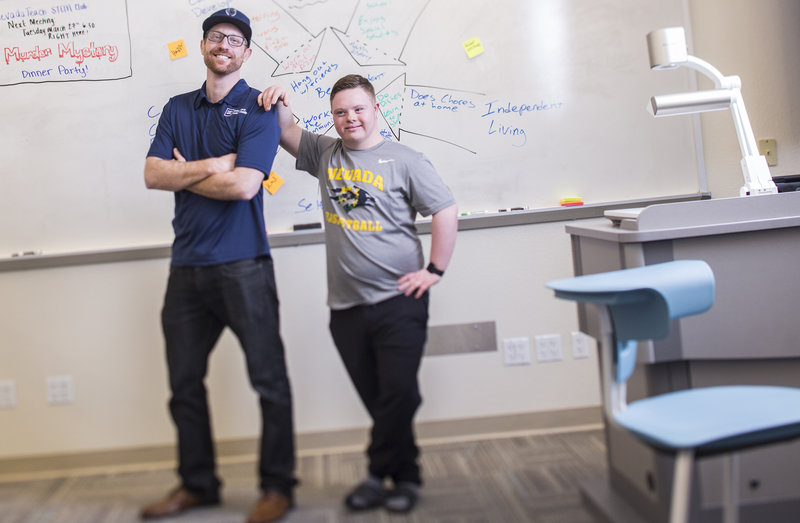 "Jack has been a great addition to the Path to Independence program," Riley Fitzgerald, Project Coordinator for Nevada Center for Excellence in Disabilities, said. "His upbeat attitude and desire to help others really exemplifies what the program is all about. We are excited to watch Jack continue to learn and grow and we can't wait to see what the future holds for him."

Jack has attended a business class, a photography class and even a Microsoft software course, where he learned new computer and business skills that he can use in the workforce. The program has not only helped him gain new skills for work, but also has taught him how to communicate better with others, especially students and teachers.

Just like the popcorn company, Path to Independence was another tool for Jack to gain new skills that will aid him in his own path to independence. Despite certain expectations, Jack is able to continue his education beyond high school and thrive on his own with business.

The long-range goal for Jack is to continue his education and to have his Popcorn company have a permanent location in Reno, where Jack can work and earn an income on his own.

More than 3,000 cranes made from retired, repurposed military uniforms; support provided by the David J. Drakulich Art Foundation: For Freedom of Expression