University of Nevada, Reno leads study that shows some amphibian species recover from infectious disease despite a persistently pathogenic fungus

University of Nevada, Reno leads study that shows some amphibian species recover from infectious disease despite a persistently pathogenic fungus

Tramping through mud, up steep Panama mountainsides or guiding pack horses along a dense rainforest path sounds like a lot of work just to find frogs, which, in some cases, are only the size of a quarter. For Jamie Voyles, a disease ecologist in the Department of Biology at the University of Nevada, Reno, it’s all in a day’s work – and well worth it.

Her team’s search for answers to protect Central American frogs from extinction is also giving scientists clues on how to predict and respond to emerging diseases and epidemics in humans, plants and other wildlife. In their paper published in the magazine Science on March 30, Voyles and her colleagues document the recovery of some tropical amphibians following continued exposure to a lethal pathogen.

Looking for answers began with the tough work out in the field, which, for their study area, includes about 15 sites across Western Panama. The three main regions addressed in their paper are Altos de Campana National Park, El Valle de Anton and Omar Torrijos National Park (near El Cope), so they travel far and wide. Many sites are rainforest areas in national parks. 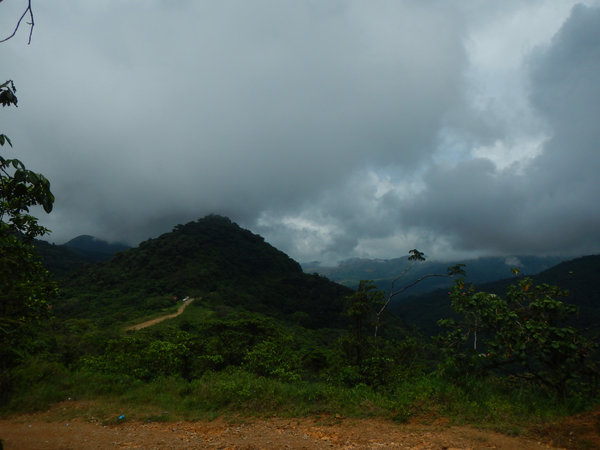 The road to El Cope

“Access for the team is really tough in some areas, but sometimes it’s a stream that we can drive to in just a few minutes from town,” Voyles, assistant professor in the Department of Biology since 2015 and lead author on the study, said. “In some cases, we have to drive for a day and hike for a day to get to the sites. We carry our lab supplies in the field, so in some remote locations we have to use horses to help pack in the gear. There is a lot of hiking, many times in the rain, for some of the sites. If we need a proper laboratory, which we occasionally do, we have to drive back to the Smithsonian in Panama City.”

“In some locations, we camp; we live out of tents,” she said. “In others, we use research stations, rent nearby houses, or sometimes we use homestay arrangements with friends we have made in the area.”

Her field team is usually between two and eight people, sometimes as many as 10, sometimes filling two field vehicles. The team of scientists includes current University of Nevada, Reno and College of Science graduate student Gabriela Rios-Sotel; a former University postdoctoral scholar Mason Ryan, who is now with the State of Arizona; and a former graduate student Rachel Perez, who is now at the New Mexico Institute of Mining and Technology.

Voyles started working in Panama in 2003, but this specific project started in about 2012. She and her colleagues noticed the sudden decline in species early on and have been working since to solve the puzzle of disease progression in frogs through analyzing the bacteria that accompanies the disease found in skin secretions.

“We swab the frogs to collect diagnostic samples. We simply run the swab on the frog’s skin and take it back to the lab. In the lab, we can use a test to tell us how much of the fungal pathogen the frog has and, therefore, how likely it is to be carrying the disease,” Voyles said.

“Diseases often shift to be less deadly over time,” Voyles said, “but we don't fully understand why. In our study, we found that the pathogen, in this case a lethal fungus, remains just as deadly to hosts a decade after it first appeared.”

For amphibians, scientists have known about a highly lethal disease called "chytridiomycosis" since the 1990s. This disease was especially devastating to frogs in Central America, where it may have wiped out entire species. The study shows that nine species that reached critically low numbers are showing evidence of recovery. In addition, some species have defenses against infection that are more effective now than they were prior to the epidemic.

“In this study, we made the exciting discovery that a handful of amphibian species – some of which were thought to have been completely wiped out – are persisting and may even be recovering after lethal disease outbreaks,” Voyles said. “We wanted to understand how it was happening. Was it a change in the pathogen, the frogs or both?”

The fungal pathogen that causes chytridiomycosis, Batrachochytrium dendrobatidis, is linked to population declines in amphibian species around the world. The team investigated the chytridiomycosis outbreak and its transition away from epidemic by tracking shifts in species detection, community composition and infection patterns, as well as host resistance and pathogen virulence over time.

“Because we have pathogen and host samples from before, during and after the epidemic, we can ask whether some frogs survived because the pathogen grew weaker through time or because the frogs’ immune systems or resistance increased through time,” Voyles said.

“The evidence suggests that the pathogen has not changed. It's possible that the hosts have evolved better defenses over a relatively short period of time,” she said. “We found that nearly a decade after the outbreak, the fungal pathogen is still equally deadly, but the frogs in Panama are surviving and may have better defenses against it. This suggests that some of Panama's frogs may be fighting back.”

“This pathogen infects many different amphibian species – sometimes without causing disease – and can survive in the environment outside of its host, so it's not going away anytime soon," said study co-author Allison Byrne, a doctoral student at the University of California, Berkeley. "This study provides hope that some species can recover despite being constantly exposed to a deadly pathogen.” 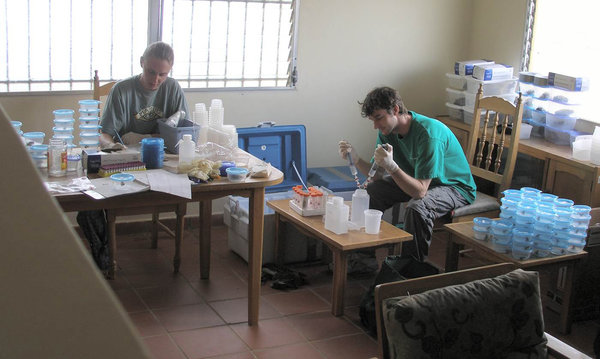 Understanding how amphibian communities are recovering after this disease outbreak is important for multiple reasons. This work suggests that recovery after the epidemics is possible, but likely a slow and gradual process, which underscores the importance of continuing to monitor amphibian populations. Understanding the mechanisms that promote host-pathogen coexistence will improve amphibian conservation strategies on regional and global scales. The findings of this project will be incorporated into management plans to help re-establish wild amphibian populations in Central America.

“The study sounds an optimistic note,” Louise A. Rollins-Smith, a co-author of the study from Vanderbilt University School of Medicine, said. “Initially, it looked bleak for many frog species, but some of them are certainly recovering.”

“Clarifying how disease outbreaks subside will help us predict and respond to other emerging pathogens in plants, wildlife – and in humans,” Voyles said. “These are increasingly important goals in a time when rapid globalization has increased the rate of introduction of pathogens to new host populations.”

The project is funded by the National Science Foundation, the National Institutes of Health, Disney Worldwide Conservation Fund and others.

The paper, “Shifts in disease dynamics in a tropical amphibian assemblage are not due to pathogen attenuation,” was published in Science March 30.