Jianqing Wu recently graduated with a Ph.D. in civil engineering 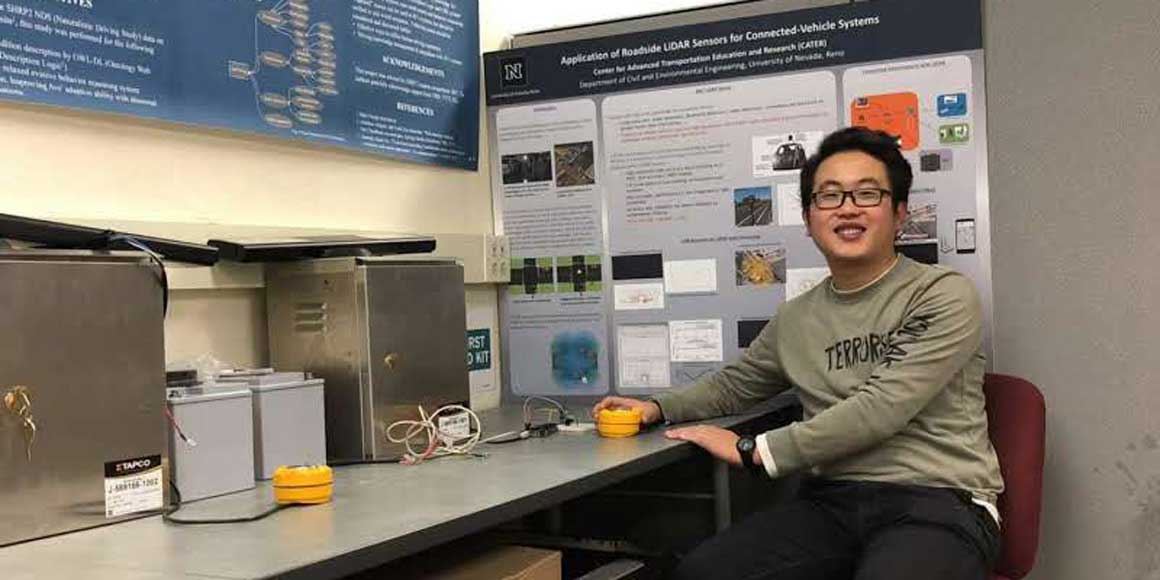 Jianqing Wu recently graduated with a Ph.D. in civil engineering

Jianqing Wu is a civil and environmental engineering student focusing on Light Detection and Ranging, or LiDAR. He recently graduated from the University of Nevada, Reno, with his Ph.D.

"I heard of the University of Nevada, Reno from my advisor when I was working on my master's degree at Shandong University, in China," said Wu. "I was attracted by the great academic atmosphere of the transportation team."

Wu said that while he got other offers from multiple universities, he decided that the University of Nevada, Reno, would be best for him.

"I focus especially on pedestrian safety," Wu said. "I want a connected road network so the pedestrians and drivers can communicate with each other and avoid any conflicts between them."

Wu also works on complete streets, which is a transportation policy and design approach that allows for total safety for drivers and pedestrians.

Another project Wu is working on is the pilot application of roadside LiDAR technology in Washoe County. In this project, LiDAR sensors were installed along the road and intersections. Wu and the team collected the traffic data using the sensors and can extract near crash events with the traffic data and provide counter measures to provide traffic safety.

Wu likes how the professors at the College of Engineering are very kind and knowledgeable.

"My advisor, Dr. Xu, is a good example. He gave me a lot of support in my life and studies. I could not achieve today's success without his help," Wu said.

After graduating, Wu will work as a postdoctoral research with Hao Xu, his graduate advisor and a professor in the College of Engineering before eventually hoping to find an academic position in China.

"Jianqing has been impressively productive in both his graduate classes and research. He was involved in various research projects in the areas of intelligent transportation systems and traffic safety," Xu said. "He led excellent progress of the assigned research tasks, provided remarkable project deliverables in a timely manner and produced valuable research findings at the same time."

"Jianqing is one of most talent and capable Ph.D. students in all students that I have ever known. His productive research and impressive publications achieved in the short period of his Ph.D. program adequately approved his promising future in the academic world," Xu said.