"We aim to advance and foster creativity, scholarly research and innovation across campus and into the business community," said Steven Hayes, foundation professor of psychology in the College of Liberal Arts and outgoing director of the center.

Hosting its annual induction dinner where newly recognized fellows are honored, and to which several early-career faculty are invited, provides an opportunity for networking between junior and senior researchers on campus and offers administration the opportunity to show their appreciation for the research conducted throughout the year, according to Hayes. The dinner allows researchers to meet each other, find common areas of interest and possibilities for collaboration. 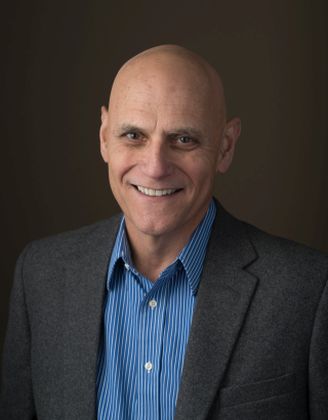 Steven Hayes, foundation professor of psychology in the College of Liberal Arts, is outgoing director of the Center for Advanced Studies.

The center's impact initiative, created in 2017, allows a platform for the promotion of research and scholarly work and gives voice to research innovations on campus and to the larger community. Whether participating in the 2017 March for Science and advocating for science to be involved in policy decisions or pushing campus researchers to create and maintain a Google Scholar profile page (which ties one's publications to his or her Google profile) with the goal of increasing national collegiate rankings, the center urges campus faculty to step out into the modern world as extenders of knowledge.

Hayes said the center is encouraged by the development of a campus-wide repository of research works that can be searched and linked to with ease. Research & Innovation and University Libraries collaborated to launch ScholarWorks.

Hayes illustrates how effective this can be with his own story of promotion, noting that publication in a scientific journal, once the epitome of scholarly activity, is now the launching point for wider amplification into the world. 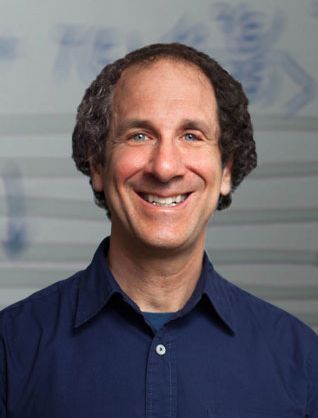 Professor of Chemistry David Leitner, College of Science, takes on the Center for Advanced Studies director role in fall 2018.

"I uploaded one of my publications in the repository and then Tweeted about it twice and did one Facebook post. That led to 2,000 downloads of that publication." He said whereas publication in a scientific journal used to be the highest level of achievement, now it is just the beginning of promotional efforts with the advent of social media and other online platforms that serve to further advance a researcher's work.

Hayes said the center also rebooted the Nevada Research Initiative, a survey of campus faculty for innovative ideas to increase the amount and reach of research efforts. The initiative garnered 55 ideas more than a decade ago when faculty were first surveyed and about two-thirds of those ideas have been partially or fully implemented, Hayes said.

The 2018 survey resulted in more than 260 ideas that have been boiled down to 120 now being summarized, ranked and then reported to administration for consideration for adoption. Some of those ideas from the 2018 survey include restoring merit pay and linking it to scholarly activities, offering graduate fellowships earlier in the year, streamlining the process for international travel for research purposes, creating a graduate alumni association and giving program, simplifying the process for off-campus lecturers to receive their honorarium and creating a graduate fellowship.

The Center for Advanced Studies was constituted by the Board of Regents in 1984 with the purpose of recognizing, facilitating and promoting research and scholarship at the University. Hayes was honored as the Outstanding Researcher in 1997 and incoming director of the center, Professor of Chemistry David Leitner, was the Outstanding Researcher in 2014.