Scott E. Page will come to the University of Nevada, Reno for his talk "The Diversity Bonus," which is also the title of his fourth and newest book, covers how systems and teams are improved when people of diverse backgrounds and mindsets work together. Page said that his talk will cover "how identity diversity correlates with and causes cognitive diversity -- why the best teams do not all look like or think alike."

The lecture will take place on Thursday, Oct. 12 at 7 p.m. He is the first speaker of this year's Discover Science Lecture Series, featuring free, visiting science presentations brought to the community by the College of Science. 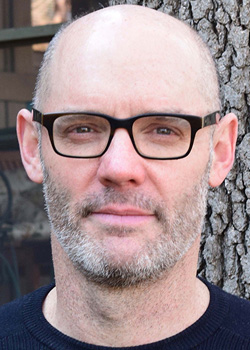 During his lecture, Page will discuss how diversity has become a scientific virtue and goal. When asked on the subject of diversity and science, Page cited the rise of artificial intelligence and cognitive psychology to tout how diversity will help those disciplines, among others. He says that in these fields, a question is always being asked: What is the optimal team? His work in studying diversity and complex systems allows for the definition of the optimal team and what tools are needed for said team.

This lecture may be one of the widest ranging talks in the series, as Page plans to cover areas such as finance, sports, movies and the new knowledge economy. The latter part is of special interest to Page, as he admitted that without the transition of an economy based on physical labor from a century ago to today's economy based on knowledge, his work "would not have been that relevant 75 years ago or 200 years ago." This is due to the fact that most of the country's economy was focused on the production of agricultural and industrial goods, which generally require little non-physical collaboration and relies upon human physical exertion.

Page has been traveling around the country sharing his work with students, faculty, and the public of major universities. He has already spoken at The Ohio State University and plans to speak at Dartmouth and Princeton in the near future. Page is "thrilled" to speak at the University and said that the University is probably where his talk is going to have the greatest impact. He cites the University's almost 22,000 student population, the 20 percent proportion of first-generation students and underrepresented groups to the total student population, and programs designed to ease the transition into college, specifically First in the Pack, as reasons why he is "excited to meet young people, faculty, and administrators to learn more."

Scott E. Page is the Leonid Hurwicz Collegiate Professor of Complex Systems Political Science, and Economics at the University of Michigan, as well as an External Faculty Member of Economics at the Santa Fe Institute. Among his many honors, he was awarded the Guggenheim Fellowship in 2013, an award only given to about 175 people each year for an established record of contribution to the arts and sciences. He is also a fellow of the American Academy of Arts and Sciences since 2011.

The Discover Science Lecture Series was founded in 2010 by the University's College of Science to bring the country's top scientists to the University to share their knowledge, research, and wisdom with the community.

Discover Science Lectures are always free to the public. They are held at the Redfield Auditorium in the Davidson Mathematics and Science Center on the University's Reno campus at 7 p.m. Free parking for the event is available on the top level of the Brian J. Whalen Parking Complex on North Virginia Street, next to the E. L. Wiegand Fitness Center. For more information, call 775-784-4591 or visit the Discover Science Lecture Series website.