Biology professor is elected a fellow of the Animal Behavior Society

Biology professor is elected a fellow of the Animal Behavior Society

For more than 50 years the Animal Behavior Society has endeavored to promote the study of animal behavior on a biological level. Every year a handful of scientists who have made distinguished contributions to the study of the subject are chosen to be fellows. This year, College of Science Professor of Biology Vladimir Pravosudov was one of the few.

Pravosudov studies how small birds adapt to harsh environments. His current work focuses on chickadees, which can survive in the bleakest of wintery climates. 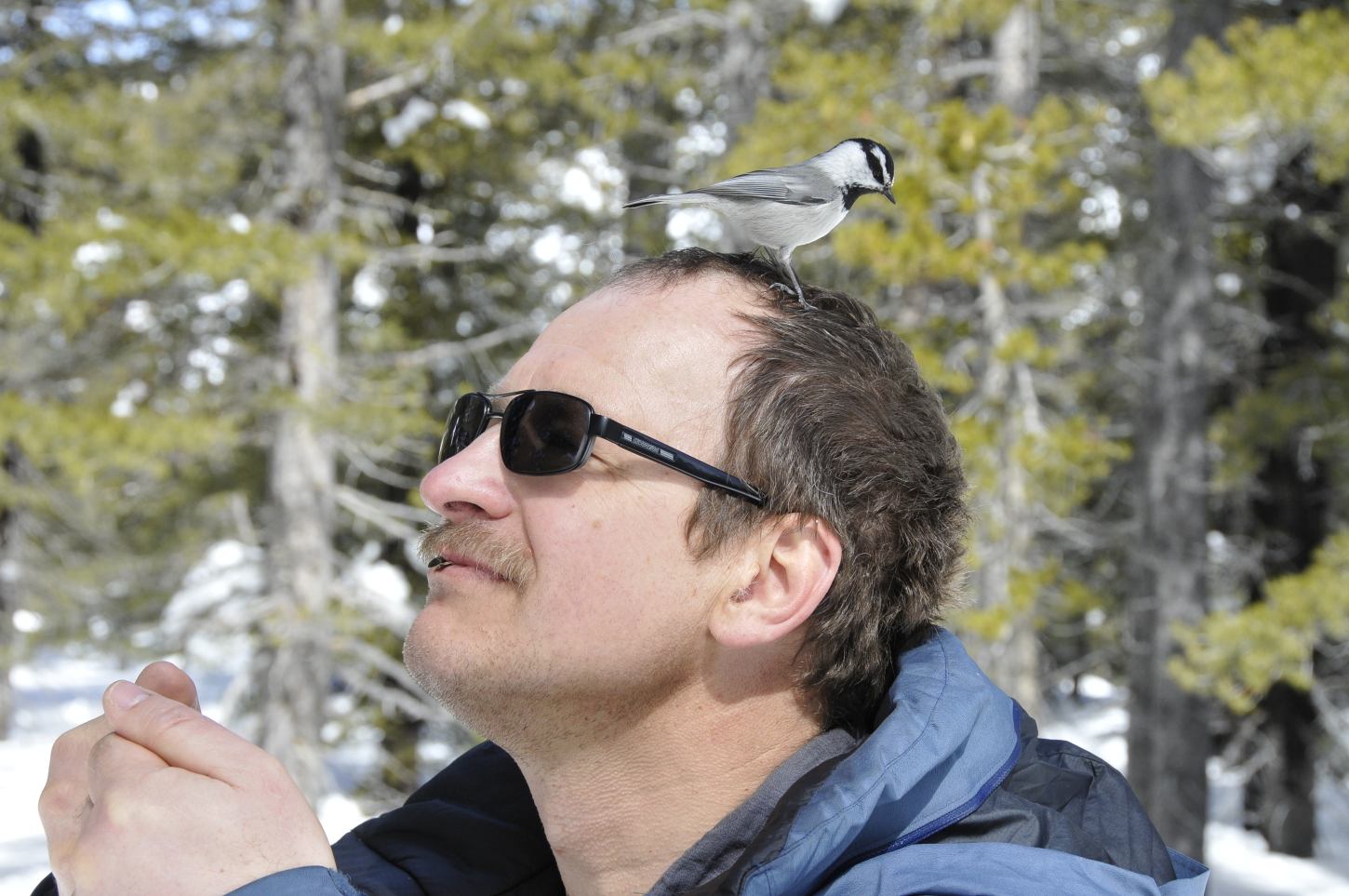 "They've always been of interest to me because these birds can actually live very far north, so they can survive with only a few hours of light, and then the rest is all-day sleeping," he said. "they cache a lot of food when its available in the fall, and they recover it in the winter when it could be minus 40 degrees Celsius, which is very cold. These birds use spatial memory to find these food caches, so they have amazing memories."

After comparing chickadees across a range of climates and geographies, Pravosudov has found that a chickadee's memory is adapted for its environment, and in more extreme circumstances - where food caching is necessary - the cognitive tools for memory are more developed. Providing such fascinating insight is what brought Pravosudov to the attention of his peers, and the recognition he has received has been humbling.

"Many of these people I would consider unofficial mentors," he said. "Not that I was a student with them, but I admire their work greatly, and I've read it and it helped the formation of my own ideas. This is an important society. I've been with the society for a long time and people that are a part of that group, they are very impressive."

"The ABS is the premier international society for scientists who study behavior," Jack Hayes, professor and biology department chair, said. "The society elected six Fellows this year, so only a very select group of highly accomplished scientists are elected. Congratulations, Vladimir on a well deserved honor."

"Professor Pravosudov is an excellent faculty member and the recognition of his scholarship by the Animal Behavior Society is well deserved," Jeff Thompson, dean of the College of Science, said. "Vladimir's research is fascinating and he mentors a large number of students that get to participate in his world class research. I am very proud to have Vladimir in the College of Science and greatly appreciate the recognition he brings to the University and the Biology Department."

While Pravosudov is happy to be recognized for the work he has done, he is also humble. He has conducted research with funding from the National Science Foundation since he began at the University in 2005, and while he believes that laurels are nice, he remains steadfastly focused on the importance of his work.

Looking to future research projects, he has submitted two pre-proposals to the National Science Foundation.

"We want to look at social networks in these birds," Pravosudov said. "We can see how these birds socialize. We can try to understand how they learn and transfer information socially. We can actually do experiments in the field, which is not very common, because traditionally cognition is studied in a lab."

Pravosudov is excited to continue his research, and his fellowship with the ABS is a cherry on top of a fulfilling career where his work is its own reward.

"I'm lucky to have spent most of my life doing what I love. I think it's a luxury. I've worked with animals and birds and I've never not been excited about something," Pravosudov said. "I think having a job like a professor at the University allows you to be like a little kid, always exposed to and learning new things, and I think that learning new things every day is the most exciting thing that I have in life.