The event will recognize the accomplishments of the Nevada Debate Team and recipients of the W. Clark Santini Award, the Robert S. Griffin Medal, the Robert S. Griffin Scholarship, the William J. Cashill Scholarship and the Communication Studies Department's Outstanding Student of the Year Award. The free public event will be held from 4:30 p.m. to 6 p.m. in the Great Room on the fourth floor of the Joe Crowley Student Union.

Listed below are brief descriptions of each award and this year's recipients.

The award was named after W. Clark Santini, a former speech and debate student at the University and a visible community activist involved in the creation of Rancho San Rafael Park and protection of the Truckee River. The W. Clark Santini Cup is granted each year to a person who, through oral communication, has brought significant benefits to the community as a whole.

This year's winner of the Santini Cup goes to David Bianchi, a financial adviser at Northwestern Mutual in the Reno area, who has long supported the community and the University through his efforts and civic participation.

Just a few of Bianchi's activities throughout the community include helping to establish and support the Boys and Girls Club of Truckee Meadows and KNPB Public Television; serving as the former chair of the University's Planned Giving Council; one of the founders and former president of the College of Business Alumni Association; executive board member of the Education Alliance where he supported WC1 and school district bond issues, and many more activities.

"His oral communication skills have been on display for 46 years as a member of Toastmasters and Jaycees," Phil Sharp, University debate coach and director of forensics, said. "He uses his skills to advocate for non-profits, as a speaker at the Unitarian Universalist Fellowship, and as a member of the National Association of Financial and Insurance Advisors."

The award memorializes the first director of forensics at the University and is awarded to the top member of the Nevada Debate Team each year. The award winner exemplifies the commitment, charity and professionalism that Robert S. Griffin taught to generations of students and members of the debate team at the University. 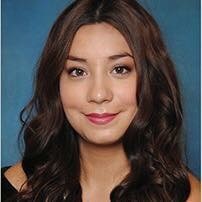 This year's Robert S. Griffin Medal winner is Evelyn Valencia-Rodriguez. She is a senior majoring in political science and international affairs with an emphasis in diplomacy law and organizations. She has debated at the University for three years since transferring from American University in Washington, D.C.

"Evelyn finished in the top 30 at Nationals the last two years and broke her first year," Sharp said. "This year, she and her partner Joshua Nelson ended the season as the 33rd seed to the national tournament despite only debating in the Spring."

Valencia-Rodriguez has been involved in several campus activities including training to be a Sexual Assault Advocate; completing various philanthropic efforts as a part of her Delta Gamma Sorority; serving as 2015-2016 president of the Nevada Debate Union; serving two years as the vice president for Social Standards; among many more activities. She plans to teach debate in England, Korea, China, or Vietnam next year and would like to continue her career as a forensics educator.

In addition to these awards, the Griffin-Santini Endowment was established to provide funding and support to the Nevada Debate Team. As part of that support, the fund annually provides one student the Robert S. Griffin Scholarship. The recipient of this year's scholarship is John Villanueva, a sophomore on the Nevada Debate Union team.

William J. Cashill was a member of the Nevada Debate team from 1934-1937, winning the Griffin Medal in 1937. He used his oral communication skills in his law practice and as a distinguished member of the community.

"The endowment continues to honor the memory of both men, William and his son, Pat Cashill, and their generosity to forensics," Sharp said.

This year, University juniors Joshua Nelson and Kaitlyn Christensen will be awarded the scholarship.

The Communication Studies Department's Outstanding Student of the Year

This year's Outstanding Student of the Year award goes to Claire Santamaria for her involvement with the University and the Reno community. She is an advocate for people with disabilities, as she has experience growing up with a disabled loved one. Santamaria volunteers every summer at Camp ReCreation, a weeklong summer camp for people of all ages with various intellectual and developmental disabilities. She has also organized donation events for Love Your Melon, an apparel brand dedicated to giving a hat to every child battling cancer in America; delivers beanie babies to the children's unit at Renown Hospital; and periodically volunteers at Manor Care Health Facilities.

Additionally, Santamaria is the event details assistant for the event management office at the Joe Crowley Student Union; a communication and marketing intern for SmartCare; and this summer will be an intern at Muse Group Reno, a public relations agency. She is also the vice president of her Sigma Kappa Sorority and a PackFIT ambassador for the ASUN campaign to boost awareness of a positive lifestyle, healthy mind, body and soul.

Faces of the Pack: Life as a Ph.D. student during the pandemic

Three Ph.D. students in economics share why they chose the University, a high-level overview of their areas of research, and their hopes for the future

Eight in-person ceremonies will be held Wednesday, May 12 through Saturday, May 15, to honor the awarding of more than 8,300 degrees