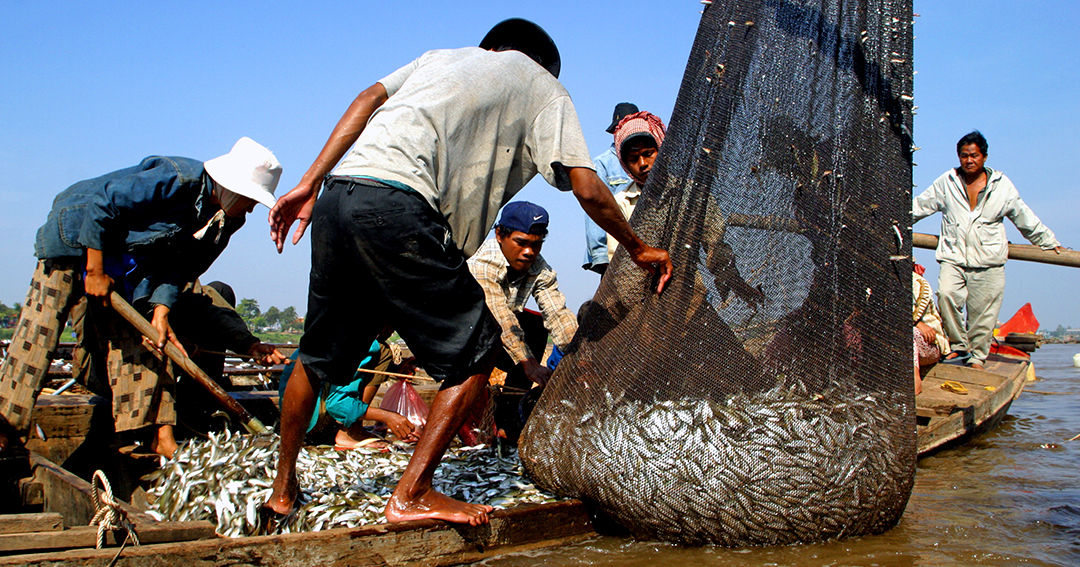 With 60 million people depending on its aquatic resources for food and livelihoods, the lower Mekong River Basin is threatened by rapid development that would adversely affect the people and wildlife within this region. To conserve the Mekong and help support the communities who live beside it, the U.S. Agency for International Development has just awarded a new 5-year initiative that will be led by the University of Nevada, Reno's Global Water Center.

The initiative, "The Wonders of the Mekong: A Foundation for Sustainable Development and Resilience," aims to preserve a functional, biodiverse and healthy Mekong River.

"Hydropower development on the Mekong is accelerating and could reduce fishery yields by 30 to 40 percent, equaling nearly 1 million tons annually," said Zeb Hogan, lead researcher on the project and who has conducted research on the river for 20 years. "This project is a great opportunity for us to share our knowledge and expertise on water and biodiversity issues with other institutions and learn from the experiences of experts in the Mekong River Basin to help protect the basin."

With the grant from USAID, Hogan will lead a team of scientists from the University's Global Water Center as well as other universities in the U.S. and abroad.  "The Global Water Center wants to assist in solving complex global issues by partnering with governments, local stakeholders, and the scientific community, this is the type of project we want to implement," said Sudeep Chandra, director of the Center and coinvestigator on the project.

"USAID is pleased to partner with the University on this important initiative that will help maintain the ecological, cultural, and economic integrity of one of the most important river and delta systems in the world," Polly Dunford, USAID Cambodia's Mission Director, said.

From the upper basin headwaters in the Tibetan Plateau, the Mekong runs 2,700 miles from China through Cambodia, Laos, Myanmar, Thailand and down through the fertile delta of South Vietnam, before emptying into the South China Sea. The Mekong supports nearly 1,000 species of freshwater fish, countless rare and endangered species and flood plains and forests that sustain wildlife and communities. Only the Amazon supports a higher level of fish biodiversity.

Hydroelectric Dams
"With several hydroelectric dams already built in the upper Mekong River Basin and a dozen more slated for construction throughout the region, the ecosystems are in for major impacts," Hogan said. "We will use science to help identify the most sustainable development path, given the immense biological, cultural, and economic value of the river and associated resources."

The Wonders of the Mekong: A Foundation for Sustainable Development and Resilience will study the biodiversity, climate and hydrology of the Mekong River Basin, build partnerships between organizations working toward a sustainable future for the region, and develop educational materials to increase awareness about the value of a healthy Mekong River.

"Through our multi-pronged research we will better understand and document the many values of the internationally significant assets of the Mekong," Hogan said. "We'll communicate our findings to the region and the world as we create a new model of effective stewardship for the river and lake systems to help protect the heavily impacted vulnerable communities, all of which depend on the river for billions of dollars of ecosystem services."

Hogan is a conservation biologist and research assistant professor in the University of Nevada, Reno's College of Science, a member of the University's Global Water Center, a National Geographic Explorer and Fellow and is the host of the National Geographic Monster Fish television program where he chronicles his research on the world's imperiled giant freshwater fish, megafish, that are more than six feet in length or weigh more than 200 pounds.