Discussions to focus on entrepreneurship, innovation and public policy

Discussions to focus on entrepreneurship, innovation and public policy

Leading economists and policy makers from around the world will converge at Lake Tahoe, Aug. 9-11, 2016, to discuss how public policies can help sustain, rather than hinder, business growth.

This will be the first time the 72nd Annual Congress of the Institute of Public Finance will be held in northern Nevada. Congress organizer Mehmet Tosun, who is a professor and chair of the Department of Economics at the University of Nevada, Reno, felt Nevada was an appropriate setting for this year's congress. 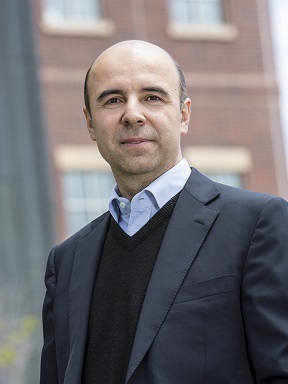 "Public policies that support entrepreneurship and innovation are really important for the state's long-term goal of economic diversification," Tosun, who is also the Barbara Smith Campbell Distinguished Professor of Nevada Tax Policy at the University, said.

The International Institute of Public Finance is one of the oldest and largest associations in public economics. At the conference, approximately 350 attendees will discuss how policies can help sustain, rather than hinder, that growth. As part of the Congress, the University will also host a master class for early-stage public finance scholars from Africa, which is organized in cooperation with the German Society for International Cooperation. The master class will take place from 8:30 a.m. to 1 p.m.  Monday, Aug. 8 in the University's Joe Crowley Student Union.

Speakers will each focus on the work they have accomplished related to entrepreneurship and innovation, with one session focused on taxation and open dialogue around how taxes impact entrepreneurial activity.

The congress is made possible by a number of donors including the University of Nevada, Reno College of Business's Department of Economics and Ewing Marion Kauffman Foundation, creators of the Kauffman Index, a free online index quantifying entrepreneurial activity, the Ozmen Foundation on behalf of Sierra Nevada Corporation, and the Burch Center for Tax Policy and Public Finance at the University of California, Berkeley.

According to Tosun, this is the largest academic conference the College of Business has ever organized.