Butterfly species are on a dramatic decline in the lowlands of Northern California, and at least one of the causes could be a group of common insecticides, neonicotinoids, which have been in use in the region since the mid-1990s. Neonicotinoids, used in agriculture but also in suburban and urban areas, are similar to nicotine and powerful because of their systemic uptake by plants.

Important links in the food chain and harbingers of a healthy ecosystem, butterflies have been tracked bi-weekly for four decades across a wide region of Northern California. In a joint university research project including the University of Nevada, Reno, four of the 10 sites in the larger study region were used to compare neonicotinoid application records with populations of butterfly species observed per year.

"We already know that changes in land use and climate have negative impacts on the butterflies, and we wanted to ask if the shift towards neonicotinoids in the region could also be playing a role in these declines," Matthew Forister, a biologist from the University of Nevada, Reno, said. 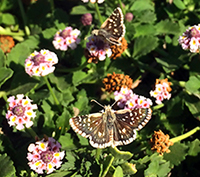 Forister, along with colleagues from the University of California, Davis; British Columbia and Toronto in Canada; and other western universities, analyzed the data and found that a negative association between neonicotinoids and butterflies was evident while accounting for the effects of climate and land use change. In addition, the associations suggest that effects could be more severe for smaller-bodied species with fewer generations per year.

"Our study sites are in a region that has agriculture, other open areas and a large urban center, the city of Sacramento, so the butterflies have to navigate a complex landscape while looking for nectar and host plant resources," Forister said.

The results raise the possibility that butterflies, and potentially as caterpillars, are encountering plants along the margins of agriculture that have been indirectly exposed to insecticides.

One more piece of the puzzle of butterfly decline
"It should be remembered that our results are observational, correlative and a crude spatial scale, thus we can only suggest what could be happening," he said. "Although we can not establish causation, we hope that these results will inspire future experimental research with butterflies to complement similar work that has been going on with honey bees."

The data set used by the team comes from a 40-year ongoing and continuous biweekly butterfly survey conducted at 10 sites in north-central California. The research, pioneered and maintained by Art Shapiro at the University of California, Davis, encompasses a variety of climates and habitats from sea level to tree line in the Sierra Nevada and includes roughly 150 species. It is the largest dataset of its kind in North America and one of the two largest in the world. Forister has led statistical work with the data as a part of other plant-insect research being conducted at the University of Nevada, Reno. 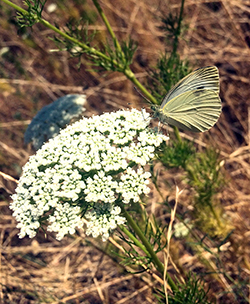 Forister has been at the University of Nevada, Reno College of Science since 2008. He was recognized with the Hyung K. Shin Award for Excellence in Research in 2014, the Nevada System of Higher Education Regent's Rising Researcher Award in 2013, the Mousel-Feltner Award for Excellence in Research in 2012, and the Stephen Jenkins Mentorship Award in 2012. Recently he was selected as McMinn Professor of Biology. He has a doctorate in ecology from the University of California, Davis and was a post-doctoral research associate at Stony Brook University in New York before coming to the College of Science's biology department.

Forister is also a faculty member of the University's Ecology, Evolution and Conservation Biology Graduate Program in the area of plant-animal interactions, chemical ecology, evolution, and in genomics and molecular ecology.