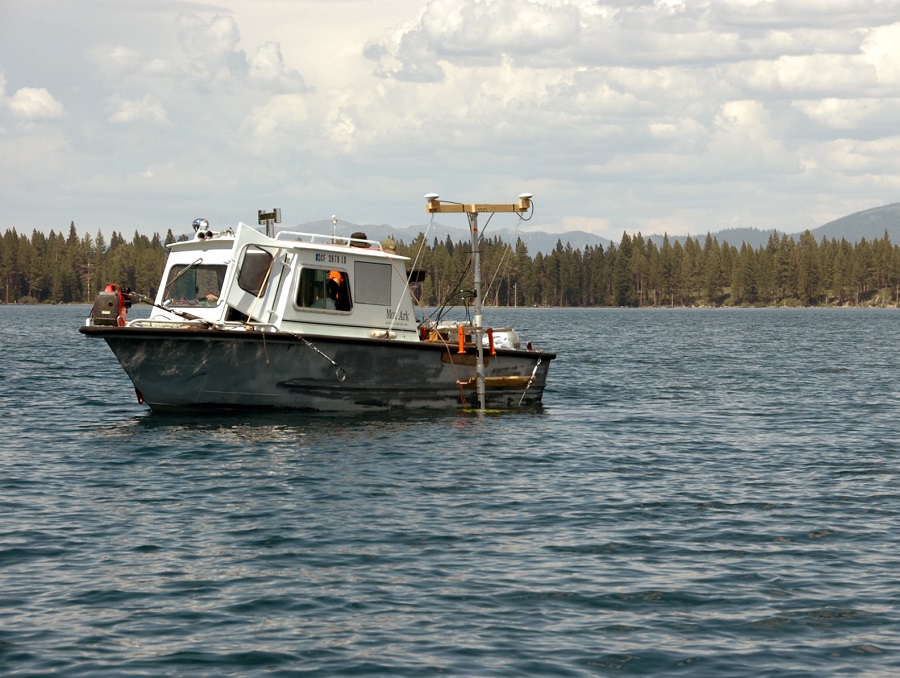 The erratic year-to-year swings in precipitation totals in the Reno-Tahoe area conjures up the word “drought” every couple of years, and this year is no exception. The Nevada State Climate Office at the University of Nevada, Reno, in conjunction with the Nevada Drought Response Committee, just announced a Stage 1 drought (moderate) for six counties and a Stage 2 drought (severe) for 11 counties.

Reno, Lake Tahoe and the Sierra Nevada are no strangers to drought, the most famous being the Medieval megadrought lasting from 800 to 1250 A.D. when annual precipitation was less than 60 percent of normal. The Reno-Tahoe region is now about 65 percent of annual normal precipitation for the year, which doesn’t seem like much, but imagine if this were the “norm” each and every year for the next 200 years.

Research by scientists at the University of Nevada, Reno and their partners at Scripps Institution of Oceanography in San Diego indicates that there are other instances of such long-lasting, severe droughts in the western United States throughout history. Their recent paper, a culmination of a comprehensive high-tech assessment of Fallen Leaf Lake – a small moraine-bound lake at the south end of the Lake Tahoe Basin – reports that stands of pre-Medieval trees in the lake suggest the region experienced severe drought at least every 650 to 1,150 years during the mid- and late-Holocene period.

“Using an arsenal of cutting edge sonar tools, remotely operated vehicles (ROVs), and a manned submersible, we’ve obtained potentially the most accurate record thus far on the instances of 200-year-long droughts in the Sierra,” Graham Kent, director of the Nevada Seismological Laboratory said. “The record from Fallen Leaf Lake confirms what was expected and is likely the most accurate record, in terms of precipitation, than obtained previously from a variety of methods throughout the Sierra.”

Kent is part of the University of Nevada, Reno and Scripps research team that traced the megadroughts and dry spells of the region using tree-ring analysis, shoreline records and sediment deposition in Fallen Leaf Lake. Using side-scan and multibeam sonar  technology developed to map underwater earthquake fault lines such as the West Tahoe fault beneath Fallen Leaf Lake, the team also imaged standing trees up to 130 feet beneath the lake surface as well as submerged ancient shoreline structure and development. The trees matured while the lake level was 130 to 200 feet below its modern elevation and were not deposited by a landslide as was suspected.

The team, led by John Kleppe, University of Nevada, Reno engineering professor emeritus, published a paper on this research and is presenting its findings in seminars and workshops.

“The lake is like a ‘canary in a coal mine’ for the Sierra, telling the story of precipitation very clearly,” Kent said. “Fallen Leaf Lake elevations change rapidly due to its unique ratio between catchment basin and lake surface of about 8 to 1. With analysis of the standing trees submerged in the lake, sediment cores and our sonar scanning of ancient shorelines, we can more accurately and easily trace the precipitation history of the region.”

Water balance calculations and analysis of tree-ring samples undertaken by Kleppe, Kent and Scripps scientists Danny Brothers and Neal Driscoll, along with Professor Franco Biondi of the University’s College of Science, suggest annual precipitation was less than 60 percent of normal from the late 10th century to the early 13thcentury. Their research was documented in a scientific paper, Duration and severity of Medieval drought in the Lake Tahoe Basin, published in the Quaternary Science Reviews in November 2011.

Tree-ring records and submerged paleoshoreline geomorphology suggest a Medieval low-lake level of Fallen Leaf Lake lasted more than 220 years. More than 80 trees were found lying on the lake floor at various elevations above the paleoshoreline.

“Although the ancient cycle of megadroughts seems to occur every 650 to 1150 years and the last one was 750 years ago, it is uncertain when the next megadrought will occur. With climate change upon us, it will be interesting to see how carbon dioxide loading in the atmosphere will affect this cycle,” Kent said.

Professor Paula Noble, in the University’s College of Science’s Department of Geological Sciences and Engineering, is expanding this research to include the fine-scale study of climate change through out the Holocene (about 12,000 years) using recently collected 40-foot-long sediment cores in Fallen Leaf Lake.