What is "fake news" exactly? How do you tell? Learn answers to these questions and more, and sign up for free workshops on the topic.

The term "fake news" has gained a lot of currency in popular discourse lately.  On its face, however, the term is somewhat oxymoronic.  Indeed, how could anything that is simply "new" automatically be "fake?"  After all, "news" by one definition is simply an account of the day's events.  What characteristics would news need to have in order to fall within the "fake" category? What do you think about when you hear the term "fake news?"  After all, the term seems to be used in a variety of contexts to refer to dramatically different phenomena.

On the one hand, the term "fake news" has been used to describe news reports that are based on events that never happened.  In this case, the term "fake" is a used as a qualifier to tell the consumer that the "news" they are reading (or sharing) is based on events that never occurred.  Most often, this type of fake news is created with the goal of reinforcing or exacerbating the reader's existing attitudes, opinions, or beliefs.  One such story, circulated on social media sites like Facebook, claimed that Facebook had recently updated its policy to explicitly ban all "Christian-themed content" in the interest of being more accepting to members of different faith communities.  The story was originally published on a site called "Associated Media Coverage," which has since changed its title to The Seattle Tribune.  The site was established specifically for the purpose of circulating content on social networks to earn advertising revenue.  What better way to ensure a story is shared than to come up with a shocking news story?

Aside from the economic intent of fake news, we can also examine its ideological consequences for consumers.  In the example above, the story seems to have been devised as a way to prey on peoples' fears of an overly sensitive, "politically correct" culture that seeks to diminish those cultural elements associated with "traditional" American culture as a way to elevate marginalized voices.  The intended effect is to serve as a rallying cry for Christians on Facebook and elsewhere to fight against encroachments on their religious liberties, which are protected by the First Amendment.  But, alas, Facebook never instituted such a ban, which makes me quite comfortable in referring to this story as "fake news."

More recently, President Donald Trump has used the term "fake news" to describe news stories published by longstanding institutions of journalism, including The New York Times, CNN, and others.  In this use of the term, the President seems to be using the term to describe any news story that seems to contradict his official messaging or those news stories with which he disagrees.  But I think we can parse this claim a bit further by focusing on the seeming credibility of his claims, while also being frank about the more insidious nature of his claims.

Journalism and the Imperfection of Information

The President's claim that a story from the New York Times constitutes "fake news" might have merit in certain cases.  This stems from the simple fact that journalism as an institution and news as a specific function of that institution are fundamentally flawed, especially as it concerns "objectivity."  This may be a surprising claim from an Assistant Professor of Journalism, but hear me out.  I teach my students that there is absolutely an objective reality out there to be discovered.  The task of the journalist is to get as close as possible to describing that objective reality, but the rub is that she or he will need to do so by relying on the subjective interpretations of those involved.  This is, perhaps, one of the great absurdities of existence itself - as Albert Camus argued - let alone a unique problem for journalists.  We are placed into an objective world armed with a subjective consciousness.  The best we can do is to attempt to get as close as possible to a subjective account of the world (or specific events occurring within it) that corresponds perfectly to the objective truth.

When President Trump claims that the New York Times is running "fake news" stories, he may simply be arguing that the story was based on faulty information, and he may be justified in making such a claim.  More likely, he may make the claim when the source has refused to be identified at all, but journalists have long relied on confidential sources as a way to elicit information of consequence.  Indeed, if the institutions of the press are to fulfill their duty as "The Fourth Estate" and play a "watchdog" role for the other three branches of government, journalists need to rely on confidentiality.  Doing so allows the public to be informed of how government officials are using (and potentially abusing) their power.

But there is also a more insidious element to the President's claim that established institutions of the press are publishing "fake news."  By attacking journalists' reliance on imperfect information in gathering news, in a certain sense he is generalizing his attack to all institutions of the press.  The consequences of such an attack are arguably much more dangerous while simultaneously more salient for his supporters.  His attack reinforces the notion that all established institutions of the press are "out to get him" and, by extension, all of his supporters.  What remains, then, is no longer a healthy and robust public sphere comprised of skeptical citizens who share a common understanding of civic life, but a bifurcated public sphere comprised of two camps who base their interpretations of reality on completely different sets of facts.  Such a division enables predictable, shallow, and knee-jerk reactions to news stories that coincide or contradict with each side's preconceived notions.  Not only does this encourage us-versus-them arguments, but it erodes public trust in those institutions that are fundamental for democracy and, perhaps, even each other.

Learn how to identify and analyze Fake News thought a series of informative workshops and a panel discussion. All events are free and open to the University community. 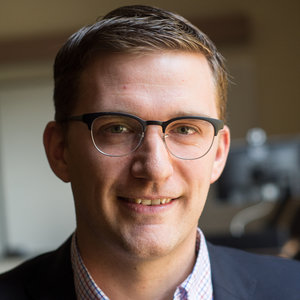