In 2015 the University of Nevada, Reno's Nevada Career Studio began conducting a survey of all graduating students to find out more about where they land in the first year after graduation.

Accounting for 55 percent of the graduating class, the findings offered an excellent snapshot of immediate post-graduation outcomes. Encouragingly, findings indicated that the majority of participants (74 percent) were working full- or part-time after graduation. Business (including finance, consulting, and retail), healthcare, and education (including research) were the top three industries of employment. Approximately 14 percent indicated they were accepted to a program and continuing their education. Including military service and service-year programs, the vast majority of 2016 University graduates (89 percent) reported a positive career outcome.

Findings from the Outcomes Survey reveal that University graduates have better-than-average career outcomes in the first year, when compared to their peers across the country. Not only was the University's positive career outcomes rate higher than the national rate for bachelor's and master's degree graduates, but it also was higher than the rates of similar institutions (i.e., large institutions, public institutions, research universities, and Far West institutions, based on a 2016 study by the National Association of Colleges and Employers).

Most students (73 percent) who went on to work after graduation stayed in the state of Nevada. Of those working in Nevada, 86 percent remained in the greater Reno area, indicating that the region is retaining its talent. More than half (57 percent) of undergraduates who enrolled in continued education stayed in Nevada, with 82 percent of these continuing at the University rather than another school in the state.

Overall, results from the 2016 Outcomes Survey highlight the success of University students beyond graduation as well as the ability for the greater Reno area to attract and retain talent. With future implementation of the Outcome Survey, the Career Studio will be able to track and assess trends in University graduates' career outcomes. This long-term tracking will provide valuable evidence that time spent at the University translates into an immediate and positive return on investment.

Below is a breakdown of key findings, which include:

74% of graduates were working full- or part-time after graduation;

Business (including finance, consulting, and retail), healthcare, and education & research were the top three industries of employment;

86% of full-time employed graduates rated their current employment as satisfying;

86% of full-time employed graduates reported that their employment was related to their career goals;

Mean salary for University graduates was lower than the national mean, but higher when compared to 75 schools who used the exact same survey methodology;

73% of graduates who went on to work after graduation stayed in the state of Nevada, with 86% of these remaining in the greater Reno area;

57% of undergraduates who enrolled in continued education stayed in Nevada, with 82% of these continuing at the University. 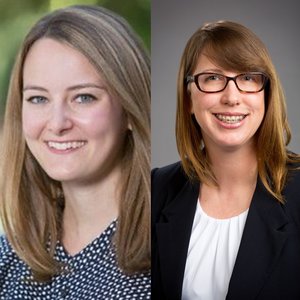