How to change your class schedule

When is the last day to drop classes? Do I really need to meet with my academic advisor? What does a “W” on my transcript mean? 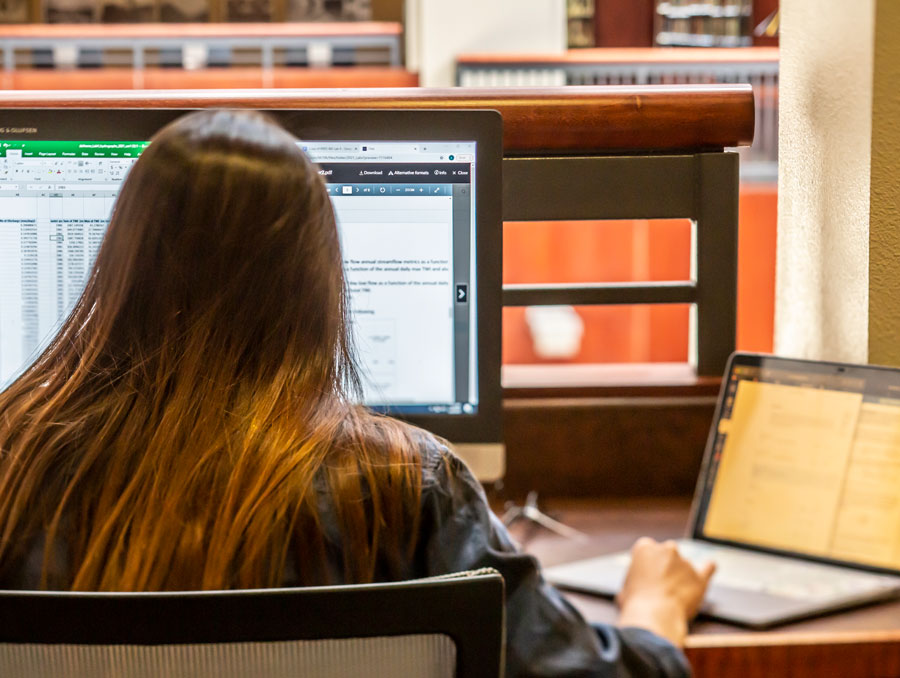 How to change your class schedule

When is the last day to drop classes? Do I really need to meet with my academic advisor? What does a “W” on my transcript mean?

Starting college means you have to take control of your class schedule, but making your schedule - and making changes - can be confusing. Opportunity U sat down with University Registrar Heather Turk-Fiecoat to answer our questions about add/drop, withdrawal and transcripts.

Opportunity U: So then first off, what is add/drop?

Heather: Well, there's two different things that we talk about with add/drop. The first one is during what we call late registration which is the first eight days of classes during the 100 percent refund time and it's meant as a time that students can change schedules. A class dropped then does not show on your transcript. It allows students that are on a waitlist to get in, so if a student drops a class, then it opens up a spot and allows another student to get in.

It also allows students a chance to go to class and see the syllabus and if they think, ‘Oh, this is not what I thought this class was going to be,’ it gives them a chance to change their schedule. So, we say “add/drop” but it’s really schedule changes during that initial time and there's no consequence to a student on their academic transcript.

The thing that students do want to be careful of is if they are on financial aid, they are most often funded for a specific number of credits. If they are a full-time student and they are taking 15 credits and then they drop a lab class that's worth four credits, that could drop them down into a part-time enrollment for financial aid with less money coming. They could lose their financial aid or a portion of their financial aid if they drop classes without adding credits too. I highly encourage students, if they are going to be dropping a class, that they take a look and see if there's something else that they can add so that they stay at that number of credits. They should work with their academic advisor and have some alternates as backups if they do decide that they want to change their schedule during that time.

Opportunity U: And then after those first eight days what is it like?

Heather: Then adding a class is only by exception. After those first eight days, if a student is trying to add a class we really want to take a close look at it to make sure that they're going to be able to be successful in that class. We make sure that the departments or the college are the ones that are requesting that the student be put in because we don't want to put students in a bad position. By that point, they've lost almost two weeks of classes. For some classes that's not a challenge, like if it's an independent study. And a lot of classes faculty are very willing to help them make that work up, but we want to be sure.

And then through the first 60 percent of the class, students can drop. Now, this university is very, very generous with allowing students to drop without having intervention first. A student can go into MyNevada and they can drop almost any class. Students are restricted from dropping what we call the gateway math and English. They’re mandated by the Board of Regents and you have to finish those unless there's an exceptional circumstance. But for the most part, students can go in and drop a class if they're not doing well.

There are challenges with that though. I think one of my biggest pieces of advice to students is to talk to their instructors before they drop. Most instructors, if they know you are really struggling, are going to help you. They're going to work with you, they're going to be encouraging to you, because you don't want to have to pay to take the class over again.

Opportunity U: So, what could a student do if they end up getting a grade they’re not happy with, like a D or F?

Heather: One big piece is that you're probably going to want to take the class again. Nobody wants an F on their transcript. However, I can tell you that in my undergraduate career, I have an F on my transcript and sure enough, I've got a doctorate. It was not the end of my academic career. Nobody wants that though, so I do understand that there are times for a student that they need to drop.

This university also has some incredibly generous grade forgiveness policies. We have a grade replacement policy that was just expanded. We reframed it and took a look at what students really need in order to encourage them to continue in these classes. So, we're hoping that that policy will encourage students to keep going.

Opportunity U: What does a W look like on a transcript?

Heather: If a student drops a class within the first 60 days of class, after that late registration period, then they end up with a W on their transcript, which is a withdrawal. A withdrawal does not count for or against you as far as your GPA. It basically just withdraws you from the class.

There can be some financial aid consequences, depending on how often you've done that. One W on your record is probably not going to cause you issues, but if you are doing that quite often, you’re wasting a lot of money. You want to be very thoughtful about it and it should be an exception, not the plan.

The other piece is that, particularly for graduate schools or professional schools, lots of W's on a transcript does not look good on applications. Schools are going to be looking at whether you can academically handle the rigor of their program, and if you are constantly withdrawing from classes, that's not what they're looking for.

How to plan your class schedule

Opportunity U: Can you talk a little bit about how students should prepare at the beginning of the term?

Heather: Our enrollment period starts about midway through the previous semester. Students should definitely be making appointments with their academic advisors well in advance so that they're ready when it's their time to enroll. We assign enrollment appointments based on how many credits students have. So, if you are closest to graduation, getting into the classes you need is even more critical for you. Enrolling at your first opportunity so that you can get the best schedule for you is really important.

The other thing with that is at the start of school if you are on a wait list, go to class. I can't say that loudly enough. Instructors often will try to move students into the class if they have been taking that effort up front because they're communicating with the instructor. They've already shown that they're committed and so the instructor really wants to try and find a way to get them into that class. It may be that they're willing to take an extra student or two into the class or it may mean that if another student drops then they allow them in.

Opportunity U: Can you think of anything else that you would recommend students do or learn about to take control of their college schedule, especially coming from high school?

Heather: That is becoming even more of a challenge as we are having students that have come from being in high school during the pandemic. It's a whole different animal. I would say absolutely meet with your advisor early and often. Be in communication with them. Don't plan on stopping by your advisor's office the day before your enrollment appointment. You need to make an appointment about a month early so that you're ready to go. I think also, having some backups or some alternates in case the classes that you want are full or in case a class gets canceled. Particularly some of those upper level classes that may not have enough students.

I think it's also incredibly beneficial to read through your syllabus. Every class is going to give you a syllabus and that syllabus is your contract of what is going to be expected during that class. Take those syllabi from the different classes and plan out your semester. Deadlines will change often, but put them down on a calendar so that you can see what's coming. And that'll help you with the planning process of making sure that you're going to have a successful semester.

Opportunity U: Thank you for your time today and for all the great advice! 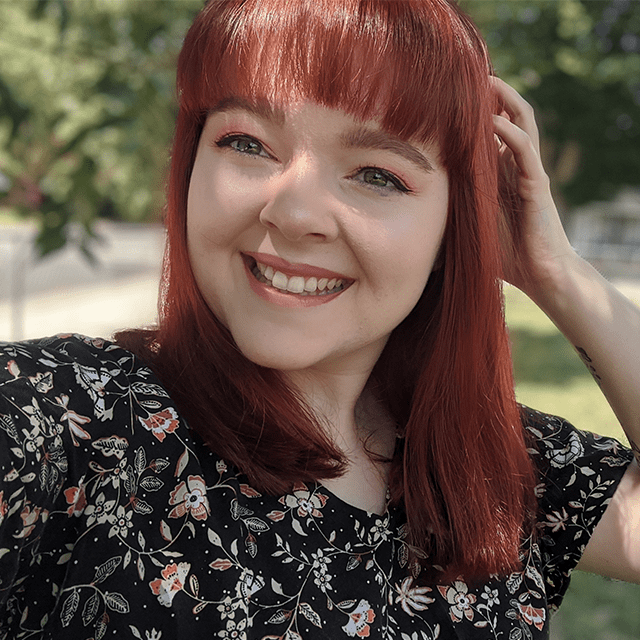 Catherine Schofield is a senior at the University of Nevada, Reno. She will be graduating in May 2022 with a Bachelor of Arts in journalism and dual minors in information systems and women’s studies. She is currently interning with the Office of Marketing and Communications and serving as social media manager for two Reynolds Media Lab accounts, The Reynolds Sandbox and Our Town Reno. She is passionate about new media and challenging herself to get more young people engaged with news online.