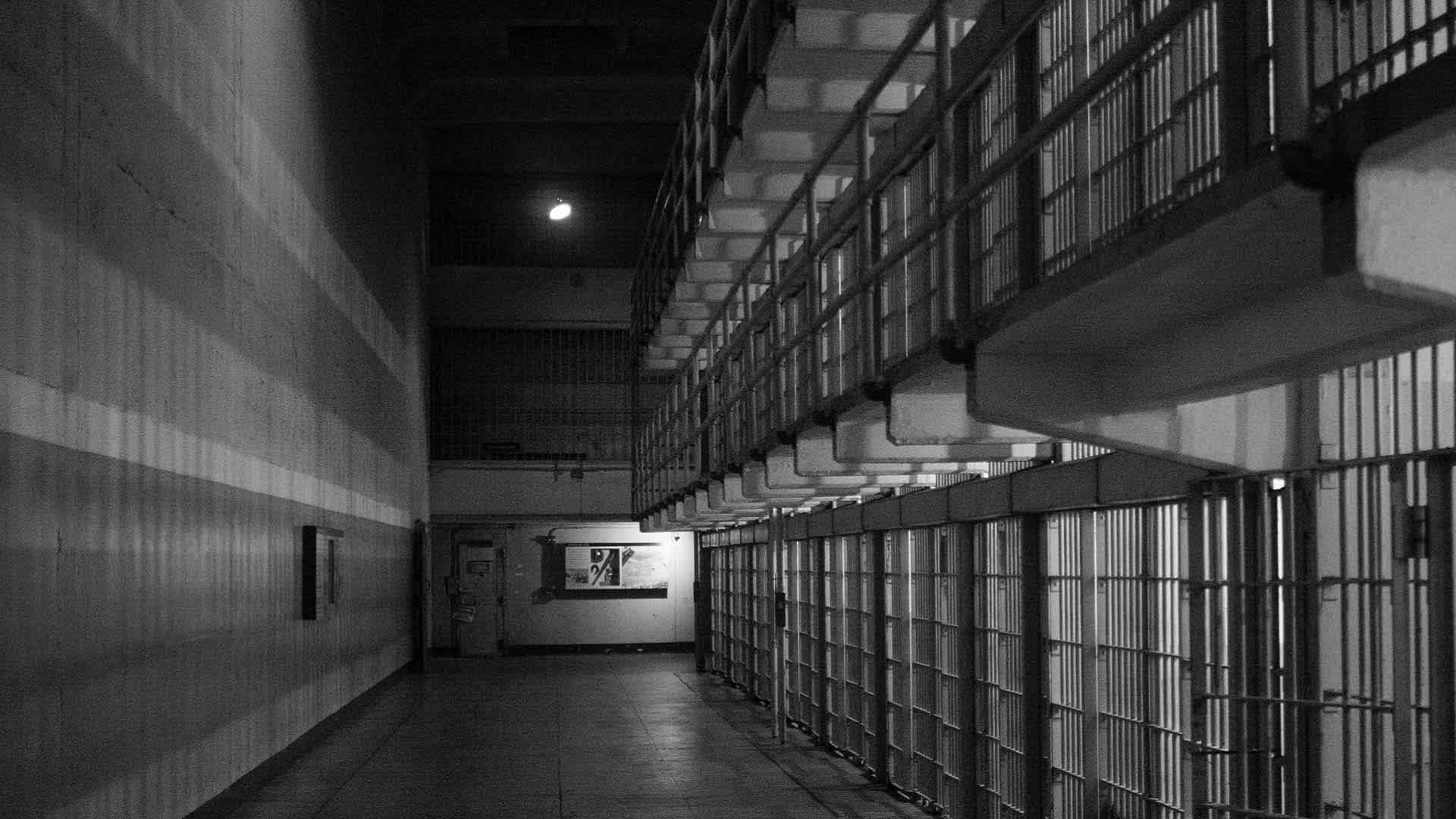 A look at the work being done by University of Nevada, Reno Extension inside a women’s prison and a women’s rehabilitation center to educate women on health and body image issues to help them recover from drug addiction and stay clean.

Looking to be "skinny." Finding addiction.

In Nevada’s Florence McClure Women’s Correctional Center in Las Vegas, a maximum security prison, women like Ashley, a 36-year-old mother of two teenage boys, are using their prison time to learn how to address the root causes of what landed them there in the first place. And, unlike most incarcerated men, many women are incarcerated for nonviolent crimes with the underlying catalyst being addiction.

Like many other women, Ashley’s weight and body image issues were the driving force behind her drug use. She explained that her grandma engrained in her, “don’t get fat, fat is ugly.” She says her perception of being overweight and her drive to achieve “perfection” led to her drug use over the past 20 years, mostly methamphetamine and more recently the opioid heroin. She explained how her obsession with weight was intensified by her tall stature and constantly seeing models in the media. She “felt like an Amazon.”

According to Associate Warden Najera at the facility, drug use is a factor in why a large percentage of the women are sent to the correctional center. Often, the women have used drugs because they, like Ashley, have body image issues or want to lose weight.

Across town at the WestCare Women and Children’s Campus, which provides substance abuse treatment, Program Manager Irma Magrdichian says she sees the same prevalence of body image issues in the majority of the women they are helping with addiction at their treatment facility.

“I feel safe to say, with 90 to 95 percent of our clientele, body image and weight issues play a major role in their substance abuse problems,” she said.

Besides body image issues and weight loss, women are also using opioids and methamphetamines to increase their energy, elevate their mood or cope with pain – emotional and physical. In fact, the increase in the use of these drugs by women is staggering, according to Extension’s Associate Professor Anne Lindsay, a specialist in public health and exercise science.

Lindsay is amazed that, for instance, from 1999 to 2015, synthetic opioid-related deaths increased 850 percent in women. And, in Nevada, there are now nearly as many female opioid overdose deaths annually as there are male opioid overdose deaths, with women accounting for 46 percent of the total. In addition, heroin-related deaths in women have increased at twice the rate of heroin-related deaths in men over the same time period. Lindsay says that many women are using methamphetamine and heroin together, as their primary drugs. These huge increases in drug use by women are bucking previous trends of men having much higher drug use than women.

Lindsay says that prescription opioids, such as oxycodone and morphine are also on the rise, with female deaths from opioid prescriptions being up 471 percent from 1999 to 2015 (compared to male deaths being up 218 percent).

With energy and weight loss being two major reasons why women are using drugs such as methamphetamine, Lindsay says women in treatment, whether in a treatment center or in a correctional center receiving treatment, need their substance abuse treatment augmented with gender-responsive health-related programming. Gender-responsive programming is designed based on the lives, strengths and challenges of woman, as opposed to traditional treatment programs designed for men.

So, Lindsay began working with women in treatment and correctional facilities on their body image and health issues. When she went to work for Extension, she formalized her efforts and developed the Healthy Steps to Freedom Program , partially based on research she conducted during her work with women at the Florence McClure Women's Correctional Center.

The research-based, gender-responsive program consists of 10 90-minute sessions aimed at increasing health and nutrition knowledge while building a skillset to help the women manage a range of issues:

According to Associate Warden Najera at the Correctional Center, the program is a key component in helping to prepare women to re-enter society and to reduce recidivism (returning to prison). She appreciates that it is one of the few programs at the center that is specifically designed for women, and that it is based on research, some of which was conducted at the center.

Ashley, who has been at the Correctional Center before, says she has been soaking in as much information as she can this time around, to try to prevent returning to prison. Through Healthy Steps to Freedom, she said she’s learned how to make healthier choices and realized how her low self-esteem contributed to her distorted thinking. She said the program has given her tools to help her achieve the goals she has now set for herself when she gets out. She has also taken advantage of other programs the center offers during this stay, such as the STARS Program (Sisters Together Achieving Recovery and Sobriety), which she and others at the center also give high praise. She is sounding confident and looking forward to her release and passing along what she has learned to her two boys.

Back across town at the WestCare Women and Children’s Campus, Program Manager Magrdichian says she sees a lot of positive growth in the women who graduate from the Healthy Steps to Freedom Program, as part of their treatment plan at their center. She said the women who come out of the program better understand who they are, accept themselves and their bodies, and learn a lot about healthy eating and living.

But according to Nichol Dobbs, who is the program manager for Healthy Steps to Freedom and conducts many of the classes, the women don’t always enter the program receptive or convinced that they will learn anything or benefit from it. However, after a few classes, they get interested and engaged and even begin implementing what they’ve learned.

It’s all about success

As part of the 10-week course, Lindsay and her team conduct several assessments with the women before and after they participate in the program. These validated assessment tools are commonly used and shown to be effective by researchers in the profession. Results indicate that after participating in the program, women overall show improvement in a number of areas.

In fact, the success of the program has others interested in adopting it. Utah, which has a significant problem with women’s drug use, has begun to incorporate the program in their major correctional and treatment centers statewide. Lindsay is partnering with CASAT, the Center for the Application of Substance Abuse Technologies, at the University of Nevada, Reno to help provide training and support for professionals in the field to facilitate implementation of the program in Utah. CASAT has also been a partner in the program, working closely with Extension, to train professionals in Nevada and across the nation.

Lindsay is now partnering with others in the state to form a coalition to help with gender-responsive core issues that are unique to women, stating that, “Gender-neutral sentencing is probably one of the greatest contributors to recidivism.”

She says that we need to make sure district attorneys, judges, parole officers, treatment providers and others are aware of the role that issues such as body image and self-esteem are playing in women’s drug use. They also need to consider circumstances that are often unique to women, such as being the primary caregiver of children, when interacting with these women and deciding on a course of action for them and their children.

Lindsay says gender-responsive issues such as body image and self-esteem have often been discredited or ignored for “sexier” drug abuse-related topics, such as Narcan or other drugs used to reverse opioid overdoses. She says that while medical treatments and drugs such as Narcan are certainly part of the solution and can save lives, if root causes, such as body dissatisfaction or lack of self-esteem, aren’t addressed, the drug abuse will continue to reoccur.

The stories: “They’re constantly there”

According to Lindsay, understanding each woman’s unique story is key to figuring out what they need in order to help them recover from their addiction, stating that “three or four thousand women have three or four thousand stories,” a reference to the number of women in Nevada who have participated in the Healthy Steps to Freedom Program.

Lindsay says society needs to stop stigmatizing these women and that their stories stay with her. It’s those stories, along with seeing the women who have come through the program and are out in the community doing well, that keep her motivated to keep doing this kind of work. When she sees past participants out at events around the community, healthy and with their children, for example, she says, “It doesn’t get any better than that.”

Here are just a few more stories of the more than 3,200 women who have struggled with addiction and completed the Healthy Steps to Freedom Program:

Jade is a 30 year-old mother of two and expecting. She is a graduate of the rehabilitation program at WestCare Women and Children's Campus in Las Vegas and has moved into transitional housing.

Juliette is 30 years old and resides in the Florence McClure Women's Correctional Facility in Las Vegas. She became homeless after her husband died and began stealing to get money for drugs.

Michelle is 38 years old and a mother of three. She holds a bachelor's degree in education from UNLV. This is her second time going through the program at WestCare Women and Children's Campus.

Roxanne resides in the Florence McClure Women's Correctional Facility in Las Vegas. She has been arrested for DUI three times and incarcerated four times. A former publicist and journalist, she holds a master's degree in business.

For more information on the Healthy Steps to Freedom Program, contact Lindsay at alindsay@unr.edu or 702-940-5434.