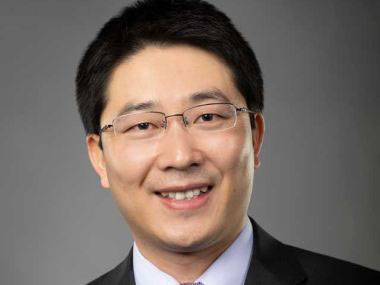 Jun Zhang, Ph.D. is an assistant professor in the Department of Mechanical Engineering at the University of Nevada, Reno. His research interests lie in the intersection of control theory, robotics, and artificial muscles. In particular, he is interested in design, modeling, and control of artificial muscles with applications to soft robots, assistive robots and microelectromechanical systems.

He worked as a postdoctoral scholar at the University of California, San Diego from January 2016 to August 2018. He received his doctoral degree in electrical and computer engineering from Michigan State University in 2015, and bachelor’s degree in automation from the University of Science and Technology of China, Hefei, China, in 2011. He was the recipient of the Student Best Paper Competition Award at the ASME Conference on Smart Materials, Adaptive Structures, and Intelligent Systems (SMASIS 2012), and the Best Conference Paper in Application Award at the ASME Dynamic Systems and Control Conference (DSCC 2013), and was named the Electrical Engineering Outstanding Graduate Student at Michigan State University for 2014-2015.

Humanoid robots that have similar shapes and functions as human body could significantly improve our quality of life by assisting with everyday tasks. While there are many existing humaniod robots, the existing technology often generates complicated, bulky, and expensive robots. One reason is that the existing humanoid robots are moved with electric motors -- motors are bulky and not work like biological muscles that can contract and elongate. In recent few years, artificial muscles are becoming a more attractive option than electric motors. Artificial muscles are materials that can expand or contract under an external stimulus, just like how our muslce works. Although multiple artifiical muscles are in development, each has its own advantages and disadvantages. Many artificial muscles exceed the performance of natural muscle in at least one aspect, but no artifical muscle has better overall performance than natural muscle. Combining multiple artificial muscle types into one robot could help maximize the advantages of each actuator while minimizing the disadvantages. However, there have been very few studies that combine multiple artificial muscles into one robot to utilize their advantages.

In this project, a high-performance humanoid robot will be designed and developed. The robot will be powered by two types of artificial muscles, namely, twisted string actuators (TSA) and Hydraulically Amplified Self-Healing Electrostatic (HASEL) actuators. TSAs can be used to output high amounts of force, while HASEL actuators can create fast motions, both criticial for realizing humanoid robot functions. The developed humanoid robot can mimic basic human functions like walking and grasping objects. The chosen student will work on the design, fabrication, and testing of artificial muscles and the humanoid robot in our lab. It is expected that the developed robot in this project will be lightweight, capable of generating complex motions, and exerting large grasping forces.