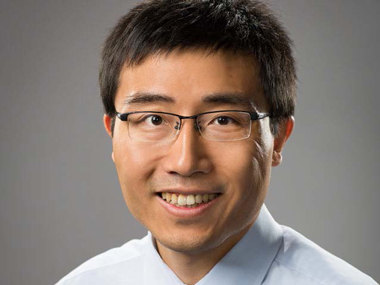 Hao Xu was born in Nanjing, China in 1984. He received his Master's degree in Electrical Engineering from Southeast University in 2009, and his Ph.D. degree from the Missouri University of Science and Technology (formerly, the University of Missouri-Rolla), Rolla in 2012. From 2012 to 2014, he worked as a research associate at NSF Industry/University Cooperative Research Center on Intelligent Maintenance Systems. From 2014 to 2016, he was an assistant professor at Texas A&M University - Corpus Christi.

He started work at the University of Nevada, Reno in July 2016, where he currently holds an assistant professor position with the Department of Electrical and Biomedical Engineering.

For this project, we will investigate the development of intelligent robots that is capable of completing the challenge mission (e.g. outer space exploration, etc.) under a harsh environment. Three areas are of key importance: prototyping, modeling, and AI learning. First of all, to enhance the capability of the robot, we need to develop a multi-functional robot prototype. Then, since the developed robot is different from others, we will find a dynamic model to effectively describe the robot’s movement capability. Eventually, to ensure the robot achieves the assigned task in a challenging environment, an artificial intelligence-based learning method will be designed and implemented. The goal of this project is to generate the next generation of multi-functional robots that can be used in various missions and a variety of environments. The student will begin by studying relevant related work, then will continue with selecting a special mission and developing the intelligent robot to complete the mission. This will be followed by implementing new robot capabilities and testing/validation on physical systems (Octocopter, Unmanned Ground Rovers, etc.).