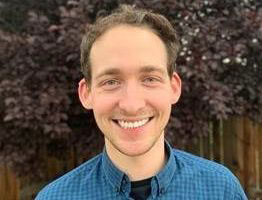 Understanding the behavior of planetary interiors

Thomas White, Ph.D. is an assistant professor in the Department of Physics. He teaches graduate-level Mathematical Physics (Phys701) and Classical Mechanics (Phys702). In 2015 he received his Ph.D. in high energy density physics from the University of Oxford, for which he was awarded the Culham Thesis prize in plasmas physics. In his research, he uses high-powered lasers to measure the properties of the dense and quantum plasmas found at the center of large planets and during inertial confinement fusion efforts. His laboratory utilizes the latest in high-performance computing techniques to simulate these systems. Since joining the University of Nevada, Reno faculty in 2017 he has mentored ~10 undergraduates: with scholarships awarded through the University (Nevada Undergraduate Research Award) and NSF (EPSCoR/UROP).

An exoplanet is a planet outside the Solar System and, thanks to the Kepler Space Telescope, more than 4,000 have been discovered to date. However, only the radius and mass of these planets are known. Even within our solar system we have limited knowledge of the interior of the Jovian planets. With relatively few observational data points we much turn to both simulations and experiments to understand the properties of the dense plasma at the center. My research program focusses on using high-powered lasers to recreate these states of matter on Earth; measuring properties that would otherwise be out of reach. In this project, we will perform calculations of plasma properties using wave-packet molecular dynamics, a quantum mechanical technique that has not yet been applied to these systems. These simulations will be run by the student on Pronghorn, the University of Nevada, Reno's high-performance computing platform, and the results used to design the latest generation of large-scale laser experiments. In turn, the experimental measurements will be used to validate the simulations. It is anticipated that there will be close collaboration between the PREP student and the graduate students performing the experiments.