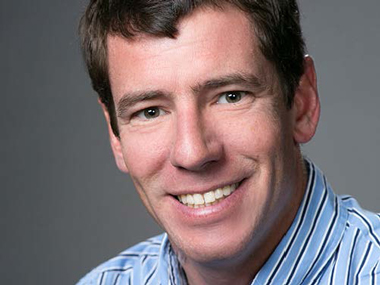 Robert (Bob) Renden received a PhD in Neuroscience from the University of Utah, specializing in synaptic electrophysiology. After a few years postdoc (and a brief stint in the Pharmaceutical industry), he joined the faculty at UNR School of Medicine in 2013.

My research interests lay in understanding the movement of synaptic vesicles within the presynaptic terminal. As synaptic vesicles are depleted due to activity, they are replaced by vesicles held ‘in reserve,' which are not normally utilized for synaptic transmission. We utilize electrical recordings from synapses in the mammalian brain and invertebrate preparations to better understand the kinetics for vesicle depletion, and refilling, both during synaptic development, and in disease states.

Cellular energy (ATP) is essential for life. Intercellular communication between neurons in the brain, at specialized contacts called synapses, require a lot of energy to function, up to 20% of the organism’s energy at rest. Disruptions in mitochondrial function and ATP levels at synapses quickly result in dysfunction, and underlie impaired brain function and neuronal death. Thus, it is imperative to understand the mechanisms to provide and maintain cellular energy at synapses. This project will use viral and transgenetic approaches to disrupt synaptic energy homeostasis, and examine the impact on synaptic structure and function. Neuronal cell culture, fluorescent microscopy, and immunohistochemistry will be used to decipher the routes of energy production and maintenance, and how these routes break down in neurodegenerative disease and with age.