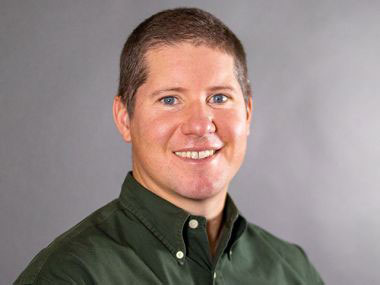 Christopher Jazwa is broadly interested in how patterns of human settlement, subsistence and mobility are influenced by the changing environment and cultural factors that mediate human-environmental dynamics. In particular, much of his work focuses on how the distribution and availability of environmental resources, along with cultural factors that affect how people use those resources, influence the distribution of human settlement. Jazwa has three active research projects on California’s Channel Islands; Cabo Pulmo, Mexico; and the Loukkos Valley, Morocco.

His work on California's Channel Islands has been ongoing since 2004. There, he uses ecological models to understand the establishment, expansion and contraction of human settlement on the islands through time. Jazwa's current work involves the use of stable isotopic signatures to reconstruct environmental change on both long-term (climate change) and short-term (ENSO, inter-annual variation, seasonality) scales and the effects on patterns of human mobility.
His work in Cabo Pulmo began in 2018 and is focused on understanding human interactions with the coastal environment in a relatively understudied area. He is working on determining the distribution of archaeological sites and understanding the chronology of human occupation in the region.

Jazwa also is interested in applying human behavioral ecology models to the classical world. Since 2016, he has been a part of the Gardens of the Hesperides project in the Loukkos River Valley, Morocco, under the direction of Stephen Collins-Elliot of the University of Tennessee. In this project, he is using the Ideal Free Distribution model to trace changes in settlement patterns outside of the primary site of Lixus.

He is co-director (with Christopher Morgan) of the Human Paleoecology and Archaeometry Laboratory at the University of Nevada, Reno. He encourages students interested in similar theoretical or methodological research questions to contact him.

This student will work with Dr. Christopher Jazwa in the Human Paleoecology and Archaeometry Laboratory in the Department of Anthropology. The project will involve analyzing archaeological artifacts from recent excavations from 2019-2021 on Santa Rosa Island, California. Humans have been living on Santa Rosa Island for 13,000 years, making it one of the places in the United States with the earliest evidence for settlement. The student will design a project in which they will help Dr. Jazwa sort through the remains of dietary refuse (shells and bones) to reconstruct what people were eating and where they were living at different times in the past. We will discuss different specific options for the sites we will target and the focus of the research.