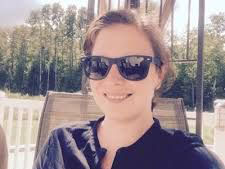 Laina was born and raised in Winnipeg, Manitoba, Canada. She completed her B.S. (Hons.) in 2005 at the University of Manitoba with first class honors. She stayed at the U of M to pursue a Ph.D. under the guidance of Prof. Philip Hultin. As an NSERC postgraduate scholar, she studied the behavior of trichloroethylene derivatives under palladium-catalyzed cross-coupling conditions and developed new routes to benzofurans and indoles via Pd-catalyzed C-H functionalization and earned a Ph.D. in 2010. She then joined the research lab of Prof. Michael Krische at the University of Texas at Austin where she studied ruthenium (II)- and iridium(I) catalyzed propargylation reactions. In 2011, Laina became one of the inaugural recipients of a Banting Postdoctoral Fellowship through NSERC. Laina's last projects at UT involved the discovery and development of two new patterns of reactivity of ruthenium (0) catalysts. Laina joined the University of Nevada, Reno in July 2014 as an assistant professor.

Our research group has two broad objectives: to develop robust and chemo selective catalytic methods for C-C and C-X bond formation, and to understand the mechanisms by which they proceed. We use both transition metal and Lewis acid catalysis to enable bond formation and collaborate with spectroscopists to study organometallic intermediates. Some of our current research projects are outlined below.

The selective oxidation of C-H bonds in organic molecules is a significant challenge in organic synthesis. In particular, there are limited methods for the oxidation of aldehydes to carboxylic acids. Currently used oxidants are peroxides and other highly reactive and toxic chemicals which can be very unselective and dangerous to handle on large scales. Our lab is interested in utilizing nitrous oxide (N2O), or laughing gas, as an oxidant of small organic molecules in a highly selective manner. Unfortunately, nitrous oxide is a poor nucleophile and is unreactive under most conditions.

Our group is both interested in developing conditions to enable the oxidation of aldehydes to carboxylic acids, as well as the analogous oxidation of iminium ions to tertiary amides. This project will start with the chemical activation of nitrous oxide with N-heterocyclic carbenes (NHCs). The student will gain experience in handling gaseous reactants, characterization of NHC-N2O adducts by infrared, nuclear magnetic resonance, and X-ray spectroscopies. After several NHC-N2O adducts have been synthesized, their reactivity with aldehydes and iminium ions will be studied, giving the student experience in setting up organic transformations, and the purification and characterization of organic molecules.