Are you (or do you know of) a University of Nevada, Reno graduate student that has recently won an award or honor? Published a major paper? Given a presentation at a conference? We would love to share these exciting accomplishments on our Grad Howler page for Graduate Student recognition. Submit your information,  and we will add it to our page!

Submit to the Grad Howler 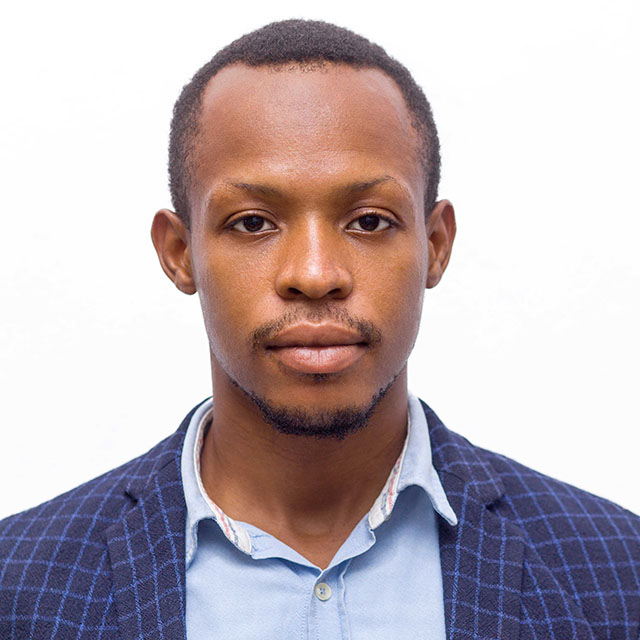 Blaize Abuntori a graduate student in the M.S. Data Analysis and Statistics Program here at the University of Nevada, Reno is making leaps and strides in the Reno Community.  Blaize originally from Ghana, sought to help combat hunger in the Downtown Reno Homeless Community. To help combat this issue, Blaize started the Reno Burrito Project using his own funding. When Blaize started the project, he would purchase 4 pre-made burritos a week and hand them out to those in need in Downtown Reno. Now, the Reno Burrito Project currently provides 200 burritos as week. Every weekend with the help of volunteers, they make burritos, walk around downtown Reno, and hand them out at no cost. Blaize says “Its about more than just giving someone a burrito it is opening a conversation and understanding what is happening in their life”. Through Blaize’s initiative the Reno Burrito Project has collaborated with the Reno United Federation of the Universe or (RUFU). With this collaboration, they were able to collect donations to provide hygiene kits to the local homeless community. He has received a great deal of support for this project.  The Ecology Department on campus has given a great deal of funding to the project through the go fund me page. The page has currently raised $10,020.00 of its $24,000.00 goal. Another project that Blaize would like to set up in the Reno community is a shelter in which there is no time requirement; individuals in need would always have a place to stay. Furthermore, he feels that this type of shelter would offer individuals a chance to work on their goals and not deal with everyday stressors such as where to get a shower.

Blaize’s credits his mentor entrepreneur David Meltzer for inspiring him to start the project and make a difference in the community. After graduation, Blaize would like to work in the Data Sciences field, he feels there is a difference from working on the job and applying the knowledge that he has learned here at the University of Nevada, Reno. Blaize’s advice for graduate students is if you want to start something, simply start small and do it because you want to. He further encourages graduate students to not doubt themselves in regards to their dreams and or initiatives. Blaize will be graduating in May and is putting steps into place so that the project continues after his graduation.

If you would like to volunteer, or learn more about the Reno Burrito Project please visit their Instagram @renoburritoproject 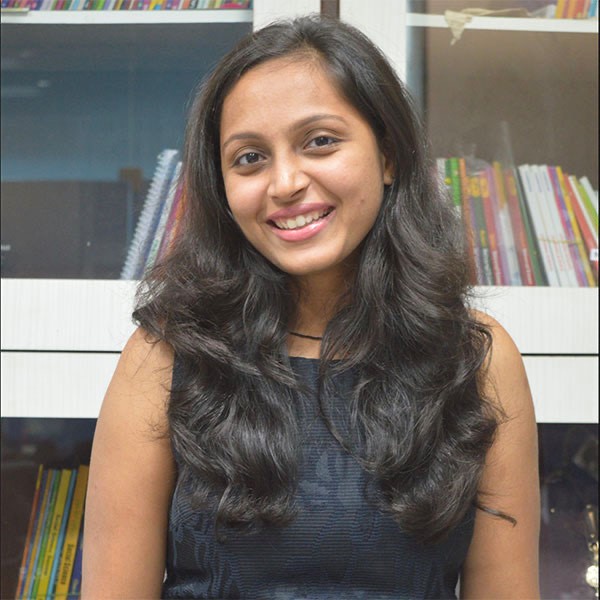 Foram Gathia began her graduate education at the University of Nevada, Reno in 2018 pursuing her Master of Arts in Higher Education Administration, Educational Leadership. Before coming to Reno, Foram received her M.A. in English Literature from Mumbai University in Mumbai India. She is currently working on an independent study with Diane Barone, Ph.D. studying English language acquisition, they are working on the proposals for that study. To date, Foram has had five publications accepted. Furthermore, she presented at National Conference on "Languages and Literatures of India" in 2018. She was also a Dean’s Fellowship Award Recipient in the fall of 2018 a highly coveted award here at the University campus. Her current advice to graduate students is “to never give up, all of your hard work is worth it in the end.” She firmly believes in hard work and not taking shortcuts, as hard work pays off in the end. Upon completing her master’s degree she hopes to start a Ph.D. program in the fall 2020 semester. 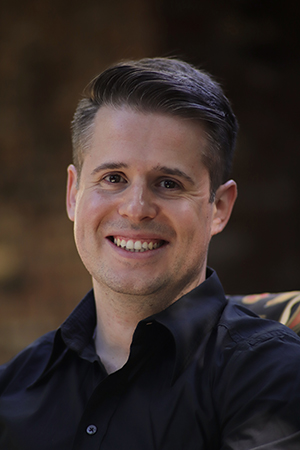 Francesco is a Ph.D. student in the Statistics and Data Science program here at the University of Nevada, Reno. Prior to enrolling in his Ph.D. program, he studied Civil Engineering at the University of Tor Vergata in Rome Italy where he received his Bachelors. Francesco also holds a M.S. in Civil Engineering from the University of Nevada, Reno. What drew Francesco to the University was being able to work two summers in the UNR Earthquake Lab. Currently, he is working with his advisor Prof. Anna Panorska in the area of extreme value theory, specifically peaks over threshold.  Francesco states, “The innovative models they developed was at first applied to Engineering problems related to energy peaks, direct impact on the state and national estimates of energy reserves and for financial applications, modeling the financial markets’ volatility. Later on, there was the chance to work on Big Data related to the field of climatic and atmospheric science. The process of fitting their model to the new dataset was an interesting challenge, the goal was to better understand and to give a scientific interpretation to these important climate changes: like heat waves, droughts and many more.”

Francesco has been the recipient of many awards and honors during his career at the University of Nevada, Reno. In 2017, he won the Graduate Deans Merit Scholarship -- a highly coveted honor. In addition, in 2018 he was selected for the GSA Outstanding Teaching Assistant Award, and in 2020 he received the GSA Outstanding International Graduate Student Award. In his department, he won the Ben & Beatrice Edwards Math Scholarship as well as outstanding teaching assistant for the Mathematics and Statistics Department. Furthermore, he won a very competitive scholarship from Reading University in London, UK for a summer research program in mathematics and statistics applied to climate change.  He truly believes his research on Statistics of Climate Change will have a strong impact not only in his field. Using the scientific methods they are developing new models to observe and forecast these Climate Changes phenomena. Francesco explains, “Because the danger to irreparably ruin the ecosystem is real, and it is our duty to preserve and defend this amazing planet.” Francesco emphasizes that the key to building a better society is through research.

Besides receiving many awards and honors, Francesco also cofounded the student chapter of SIAM at the University of Nevada, Reno. Francesco explains, “SIAM, stands for Society for Industrial and Applied Mathematics. It is an organization that has chapters all over the world. The goal is to promote research that will lead to effective new mathematical and computational methods and techniques for science, engineering, industry, and society.” After he completes his Ph.D. program, he hopes to work in industry while still pursuing on research. Francesco’s advice to other students: If you are consistent and willing to work hard with perseverance, you can achieve anything you want.”

Rushikesh Battulwar began his career at the University of Nevada Reno in 2017 working on his Master of Science in Mining Engineering. After completing his masters in 2018 Rushikesh enrolled in the Ph.D. in Mineral Resource Engineering Program in January 2019. He attributes his interest in the Engineering Field to watching the Discovery Channel as a child and being mesmerized by skyscrapers and their structural design concepts. After high school Rushikesh, studied Mining Engineering at the prestigious Indian Institute of Technology -Indian School of Mines (IIT-ISM) in Dhanbad, India. He learned about the University of Nevada, Reno from Dr. Sattarvand and initially became interested in Autonomous Loading and Collision Avoidance using smartphones in open pit mines. Rushikesh is currently working on Application of deep learning for automated rock mass discontinuity characterization from 3D point clouds. This research will benefit open pit mines to monitor highwalls safely and efficiently.

In addition to great strides in the field of research, Rushikesh has been the recipient of several awards and honors during his time at the University. Upon completion of his M.S. Degree, he was the recipient of the Outstanding Graduate Student Award in the Mackay School of Earth Science and Engineering. Most recently, he was the recipient of a 2020 Spring Award as well as the 2020 Syd S. and Felicia F. Peng Ground Control in Mining Scholarship. Rushikesh was also awarded first prize in the 2019 AEMA Poster Competition held in Reno, Nevada.

According to Rushikesh, the University of Nevada, Reno is a great school for pursuing graduate education in the mining discipline. There are numerous scholarships available for students. Furthermore, the Nevada Gold Mines are nearby which help students in conducting applied research.

Rushikesh currently works in Javad Sattarvand Ph.D.'s lab, a lab he has been in since 2017.

Congratulations to Sima Aznavi, a Ph.D. student in electrical engineering who has received a 2020 Outstanding Graduating Graduate Award and a Graduate Dean’s Merit Scholarship.

Her research focuses on renewable energy integration into electric power networks. She is trying to improve the utilization of solar energy at homes. She has worked as Renewable Energy intern in at ICF consulting group since May 2019. At our University, Sima has served as a graduate officer for the Society of Women Engineers, attended the Women in Engineering Conference, and served as interim chair of the IEEE Industry Applications Society student chapter. Sima says, “It is a great opportunity to represent women in the Electrical Engineering and Bioengineering Department where most of the students and faculty are men.” 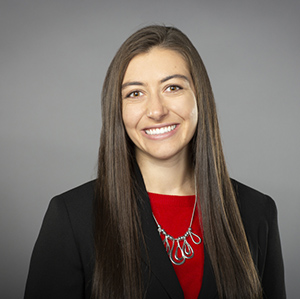 Congratulations to Sarah Moody, a Ph.D. student in Interdisciplinary Social Psychology working in the Grant Sawyer Center for Justice Studies! Since coming to UNR, she has received a Graduate Dean’s Fellowship, a poster award from the American Psychology-Law Society, and a graduate research grant and two conference travel awards from Psi Chi, the International Honor Society in Psychology.

Sarah researches how to improve eyewitness identification procedures and prevent false confessions during police interrogations. She is also interested in the psychology of plea bargaining and jury decisions. She holds a bachelor’s degree in psychology and Spanish from the University of Nebraska—Lincoln and volunteers with Big Brothers Big Sisters. 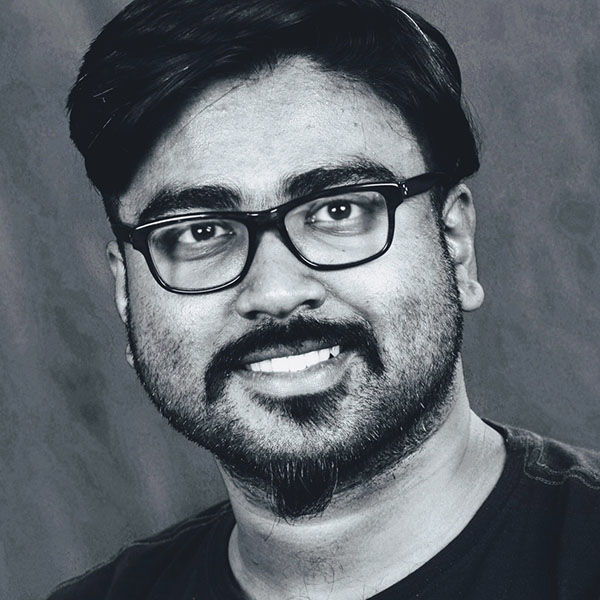 Congratulations to Deep Sengupta who has accepted a postdoctoral position working with Dr. Allen Goldstein in the Civil and Environmental Engineering Department at the University of California, Berkley! After completing his Ph.D. in atmospheric science, Deep will contribute to a project titled “Understanding risk and mitigation strategies of wildfires in California.”

Deep holds a BS in chemistry from Calcutta University and an MS in geochemistry from the Indian Institute of Science. He studies the health and climate impact of wildfire generated aerosols on the surrounding environment in the Sierra Nevada. He hopes to eventually become a professor.