A program celebrating (two days ahead of time) Mozart’s 266th birthday and providing the gravitational center of balanced classicism for the Twelfth Season of Apex Concerts. 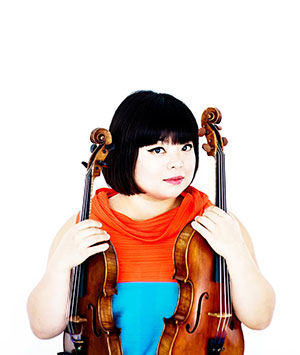 Violinist/violist Yura Lee is one of the most versatile and compelling artists of today. She is one of the very few in the world that has mastery of both violin and viola, and she actively performs both instruments equally. Her career spans through various musical mediums: both as a soloist and as a chamber musician, captivating audiences with music from baroque to modern and enjoying a career that spans more than two decades that takes her all over the world.

At age 12, Yura Lee became the youngest artist ever to receive the Debut Artist of the Year prize at the "Performance Today" awards given by National Public Radio. She is also the recipient of the prestigious Avery Fisher Career Grant given by Lincoln Center in New York City. Yura Lee’s CD with Reinhard Goebel and the Bayerische Kammerphilharmonie, titled ‘Mozart in Paris’ (Oehms Classics) received the prestigious Diapason d’Or Award in France. 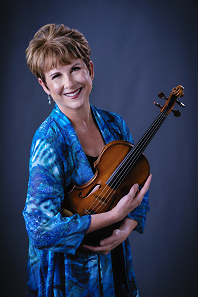 Described by Gramophone Magazine as a "violinist who most often takes your breath away" and praised as an "expressive and passionate chamber musician" by the San Antonio Express-News, Stephanie Sant'Ambrogio enjoys a varied performing and recording career as a soloist, chamber musician and orchestral leader. Professor of violin and viola at the University of Nevada, Reno and member of the Argenta Trio, she is also artistic director of Cactus Pear Music Festival, which she founded in 1997 while serving as concertmaster of the San Antonio Symphony. Previously first assistant principal second violin of The Cleveland Orchestra, under Christoph von Dohnányi, she toured and recorded internationally with this ensemble for eight seasons. Sant'Ambrogio has performed as a soloist and chamber musician throughout the U.S. as well as in Mexico, Canada, Estonia, Sweden, Ghana, Italy, Peru and Chile. In 2009, she was appointed concertmaster of the Lancaster Festival Orchestra and the following year was appointed concertmaster of the Fresno Philharmonic Orchestra. Sant'Ambrogio has a discography of over 75 orchestral and chamber music CDs. Audiophile Review described her Johannes Brahms: The Violin Sonatas CD as one of "fine readings of great finesse, rich coloring and complete understanding." Her other releases include Late Dates with Mozart; Going Solo: Unaccompanied Works for Violin & Viola and Soaring Solo: Unaccompanied Works for Violin & Viola, II on the MSR Classics label, as well as Argenta Trio: The Piano Trios of Felix Mendelssohn on Bridge Records. In addition to her performances as violinist, violist and artistic director of Cactus Pear Music Festival, Sant'Ambrogio frequently performs and teaches at various festivals including: Bach, Dancing & Dynamite Society (WI), Orcas Island Chamber Music Festival (WA), Nevada Chamber Music Festival (NV), Music in the Vineyards (CA), Round Top Festival Institute (TX) and Tuckamore Festival (Newfoundland, Canada). Sant'Ambrogio plays a violin crafted in 1757 by J.B. Guadagnini of Milan, Italy, the city from which the family name Sant'Ambrogio originates. She and her graphic designer husband Gary Albright, enjoy exploring Lake Tahoe with their daughters, 19-year-old Isabel and 17-year-old Gabrielle. 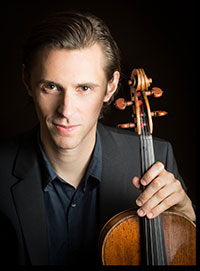 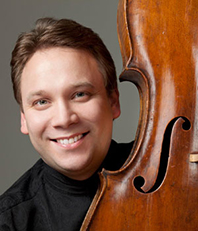 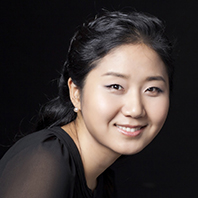